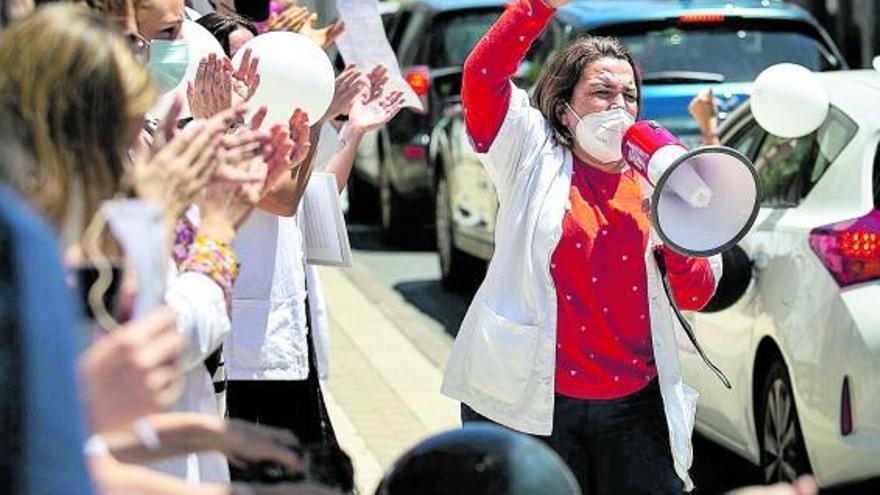 This was announced yesterday by Sunil Lakhwani, spokesman for the Confluencia de Médicos de Canarias –main promoters of the strike of doctors last week–, who highlighted the good predisposition shown by the counselor during the meeting with the Strike Committee, as well as his own declaration of intentions involved in arranging said meeting, just three days after the last day of strikes ended.

An interruption of the healthcare activity that, given its claiming nature, caused different incidents among the patients. This is how he was transferred by several affected people who either lost the day going to a consultation that was never forged or saw the surgical operation that they had been waiting for months delayed. “A telephone operator told me a few minutes before they canceled my daughter’s appointment, which she had had for four months,” explained one of those affected. “I was several hours on the northern highway to arrive on time for the appointment and it was already at the hospital when they told me at the door that they could not attend to me because there was a strike,” says another of those affected. “They had me ready to operate and they told me they couldn’t do it just that day,” says another patient.

The doctors explained that they could not suspend the consultations in advance because doing so would harm the strike call itself and “limit its effect.” The stoppage of activity carried out by this group of doctors was motivated because two out of every three doctors in the Canarian health system have a temporary contract that has been concatenated for years. Of them, 80% have been occupying a temporary position for years, which for the group – and recognized by the European Court – represents an “abuse” and “fraud of the law” that the autonomous community itself must compensate.

During the meeting, according to the spokesman, “there was a willingness of the counselor to put the appropriate tools to try to reach a solution.” The medical specialists in the area have received the proposal with good eyes, although they are still suspicious of the counselor’s promises, so, for the moment, they are cautious about the proposal and have not yet decided to halt the strike call. “If this provision is translated into facts to go looking for a solution, we will lift our foot off the accelerator and stop the strikes,” says the representative of the group, who insists that “first we will have to see that this is so.”

Both parties agreed that at the end of this week – or, at the latest, the beginning of the next – they will meet again to establish a work schedule, objectives and the time in which it is expected to be executed. Even with the initial reluctance, the result of disagreements in the past –which have led them up to two different occasions to decide to go on strike–, the group considers that the balance of the actions has been positive. “The strike has resulted in a change of positions,” says Lakhwani.

And while the negotiations take a better turn in the Canary Islands, at the national level – with the portfolio managed by Miquel Iceta – steps forward are also beginning to try to compensate and compensate for the damage that the years of temporary abuse have caused in the workforce sanitary of all Spain. At the moment, the minister has a plan that will consist of establishing measures to transform temporary interim contracts into fixed contracts, to reduce the interim rate to 8%.

To this end, the State proposes to make a last extraordinary stabilization offer that includes the places occupied by temporary workers who have been on their contract for more than three years. Although the situation of hiring abuse can be extrapolated to the entire set of public servants, it is more bloody in health. For this reason, the National Executive also proposes a reform of the law that regulates health personnel in Spain (Framework Statute). Likewise, the autonomous communities will be obliged to convene annual or biannual competitions for the provision of places of a fixed nature in the health field.

If fulfilled, this recognition could, in some way, respond to the main demands of the Confluence of Physicians. However, and although the group recognizes that it “aims well”, it emphasizes that “the fine print” is still unknown. “We do not know if the selection process they propose is open or restricted to personnel who have suffered hiring abuses or if the fact of having worked in the autonomous community to which you are present may cost triple, as it happened in 2001”, says Lakhwani . The amount of “fringes” that the state proposal leaves in the air causes many doubts in the collective. For example, they doubt that this proposal takes temporary workers into account, given that they have been occupying positions for years that have proven to be a structural need, although they have not yet been recognized as such. In this sense, the Government of the Canary Islands has a plan to convert 4,316 workers into temporary jobs before the summer. La Confluencia, although it admits the appropriateness of the measure, points out that there is a small part of the temporary staff who will not be able to benefit from it although they have been performing a function for more than two years because their job, in theory, has changed its name, although their work is the same from the beginning. The collective proposes that these people who are in limbo be taken into account in the process as well.

The incidence drops to 96 cases and Health registers 4,197 new infections