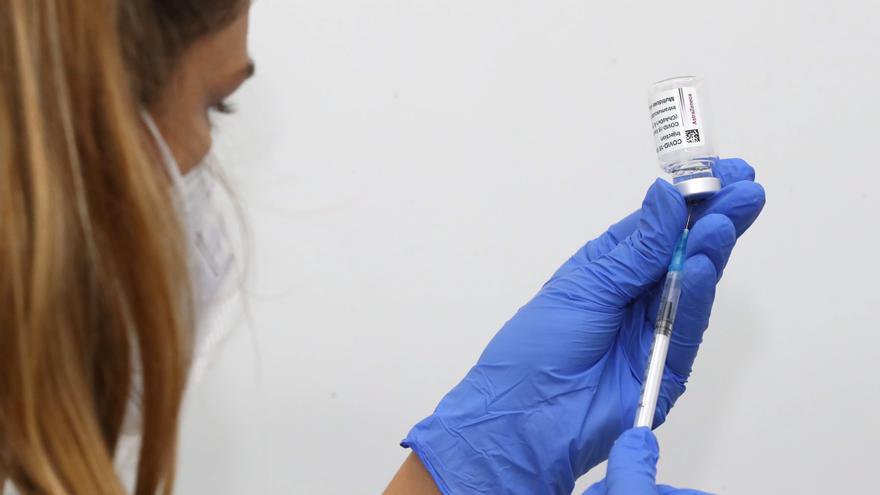 The Public Health Commission extends the deadline for second doses of the AstraZeneca vaccine against COVID-19 for children under 60 years from 12 to 16 weeks, thus giving them more time to decide whether to give them a second dose as well. AstraZeneca or give them another drug. The meeting, between the Ministry's Public Health Directorate and their autonomous counterparts, sought to reach an agreement on what to do with people of that age who are waiting for a second dose because the first dose was given between February and April, before AstraZeneca was limited to only those over 60 due to dozens of cases of thrombi detected in Europe. The decision has been postponed since April 7 and there are more than a million people pending it, all the essential professionals who received the first one who have not passed COVID-19 (if they have passed it, they will not be given the second).

The first people to be inoculated, who were inoculated in mid-February, would already have their turn in early May, as stipulated in the recommendation of the national vaccination strategy so far. With this change agreed in the Commission, it will be at the end of May. "This will allow us to review the pharmacovigilance data that are published on the use of the second dose of AstraZeneca in this age group and the new evidence on the use of a different vaccine for those who have received the first dose of AstraZeneca," he explains. the ministry on a note.

The Ministry of Health is awaiting a clinical trial launched by the Carlos III Health Institute, called CombiVacs, which will observe the effectiveness of giving these people a second dose of Pfizer. The clinical trial could begin this week, so the first results will be in two weeks, and the final ones in four. Those responsible for the clinical trial and the Spanish Agency for Medicines and Health Products (AEMPS) have recently suggested that extending the regimen does not put the efficacy of the vaccine at risk, because 12 weeks was only a recommended period. "It should be remembered that the protection reaches around 80% effectiveness with the first dose and therefore, we want to send a message of tranquility to people under 60 who are waiting to receive their second dose," says the Ministry in the note. In those over 60, the pattern remains at 12.

The AEMPS had already explained last week that, with data from the European Medicines Agency (EMA), they could not conclude that the second dose had more, less or the same risk of thrombi in children under 60 than the first. And they conditioned the route to take in Spain to the Carlos III Health Institute trial. The EMA, in any case, has at no time recommended suspending AstraZeneca for any age.

From the Health decision it is extracted that all the doses that arrive throughout May, from AstraZeneca, Pfizer, Moderna and Janssen, will be used to vaccinate people over 60, which is the priority objective of the Ministry. Also to the chronically ill included in the priority groups and to the health professionals and dependents who remain to be immunized. "To review that people under 60 years of age have a lower risk of serious disease and the priority at this time is to vaccinate those over 60 as soon as possible to avoid hospitalizations and deaths in an epidemiological situation of accumulated incidences on the rise," he insists the Ministry. At first, AstraZeneca was not authorized for people over 60 due to lack of clinical data on its safety in these groups, which is why in Spain professionals considered essential under 60 were being vaccinated with it.