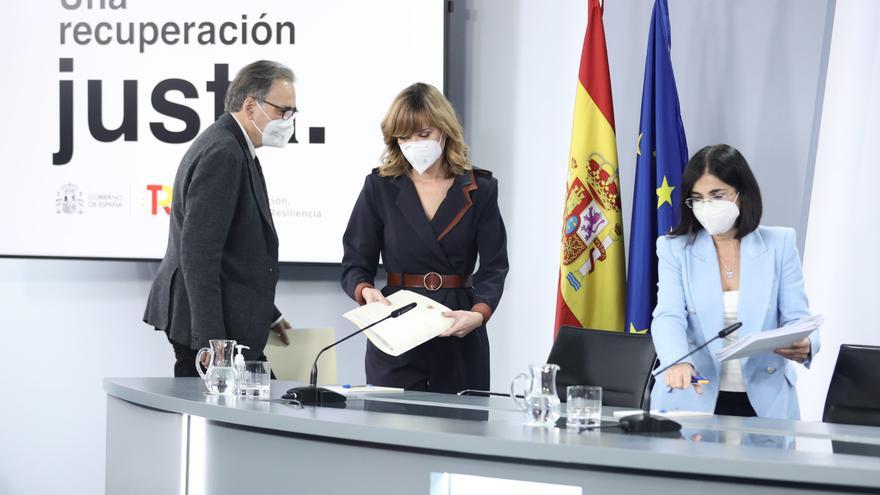 Unanimous agreement to return to class after the Christmas holidays. The meeting of the inter-territorial councils of Health, Education and Universities has ended without surprises after the reversal of Madrid. University children, adolescents and young people will physically return to the classroom as of January 10 despite the rise in infections caused by the omicron variant. "It is a country decision taken in a coordinated and shared way", confirmed the Minister of Health, Carolina Darias, in the press conference after the meeting. "Alarmism none. Prudence, security and tranquility, our classrooms are safe spaces," added the Minister of Education, Pilar Alegría.

Several councilors and counselors -among them from Andalusia or Madrid- have proposed a relaxation of the quarantines in the classrooms to avoid the closure of classes if there are positive cases, but the Ministry has decided to postpone the debate.

The Alerts Report was going to discuss today a change in the quarantines of close contacts in schools to eliminate them in Infant and Primary in all cases, whether or not minors are vaccinated. However, the meeting of the technical body has been suspended and is postponed for next week, sources close to the Conference confirm.

In any case, the Minister of Health has clarified that shortening lockdowns and quarantines for the general population from ten to seven daysAs long as there are no symptoms, they can already be applied to colleges, institutes and universities. Also the quarantine exemption for those vaccinated who have been in close contact. "The general protocols are generally applicable," said Darias, who nevertheless was in favor of a specific discussion on quarantines in educational centers.

Until then, the protocol approved last week operates, he confirmed. 28.8% of children under 12 years of age are already immunized with the first dose. However, for the purposes of the protocol, they are considered as unvaccinated because they do not have the complete schedule and therefore if they are in close contact with positive they must be quarantined for seven days. The percentage of vaccinated with a complete schedule between 12 and 19 years old already reaches 86%.

Same protocol as in June

The Government has recalled that the mask is still mandatory in all spaces, also in the courtyard; and that it is important to persevere in cross ventilation and in the maintenance of bubble groups, as contained in the protocol approved at the beginning of the course, which is still in force in its entirety, confirms a spokesperson for Education.

The Ministry of Health, however, wants to emphasize that "key protection measures" are disseminated again and child vaccination be promoted. Special attention will be paid to universities, where it is urgent to "reinforce compliance with protocols", both in classrooms, common spaces, and in residences. Young people between 20 and 29 years old have the highest incidence of infections, above children. The press conference was attended for the first time since the incorporation of the Government of the Minister of Universities, Joan Subirats.