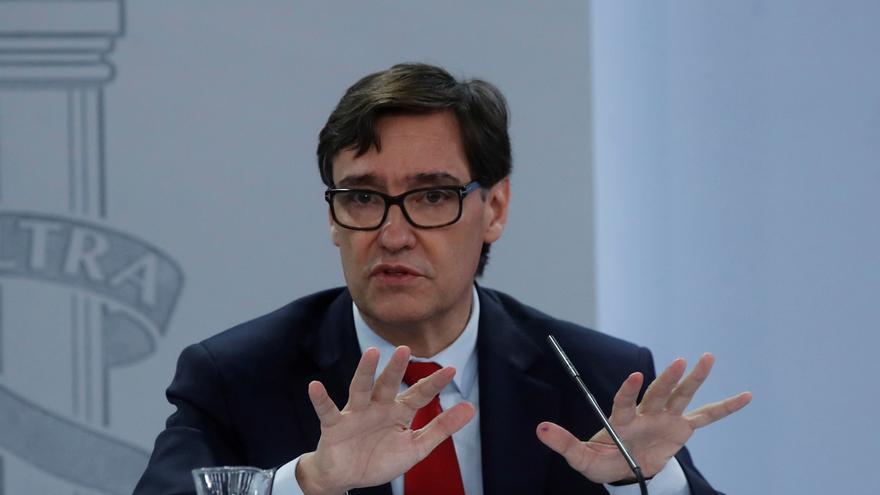 The Government and the autonomous communities are discussing and there is “unanimous agreement” that they will reduce the quarantines for COVID-19 to 10 days, Salvador Illa confirmed after the Council of Ministers. It would be “probably” this afternoon in the Public Health commission of the Interterritorial Council of the Ministry with the communities and it would come into force in the next few days. Isolations of people positive for COVID-19 could already last 10 days if the patient had a minimum of 3 without symptoms, but those of their close contacts had to remain 14 because it was the incubation time that was considered necessary to develop or not infection. It was a measure that already advanced two weeks agos the spokesman for the Ministry of Health, Fernando Simón, who were seriously considering due to the scientific evidence. Catalunya had announced the decision this morning within its region.

The reasons mix scientific evidence and social and economic reasons: on the one hand, from the tenth day the contagion capacity is reduced to a minimum; on the other, that would make it easier for citizens to comply with the confinements. The criteria have changed due to what science is learning about how the virus evolves in the human body. A American Society for Infectious Diseases study with SARS-CoV-2 cells revealed that they were not culturable after the eighth day of symptoms, that is, the patient was no longer infective after that time. Another, published in Eurosurvillaince, concluded that the possibility of transmission of the virus from the tenth day was reduced to 6%.

What Simón raised was that the debate has several “positions” based on assessing the risk-benefit of such a measure. The benefit is that people have an easier time staying home for 10 days than 14; the risk, which is assumed that there is a minimum percentage of people who after 10 days can continue to be contagious. The spokesman also indicated that the 14 days implied “the minimum possible risk” and “have always been considered in a very prudent way. The incubation period for the disease is 12 days.” That is, the 14 days was always a measure of maximums.

The Secretary of Public Health of the Government, Josep Maria Argimon, when announcing the measure in Catalonia, explained that the reduction of the quarantine seeks to ensure that it is fully complied with, something that, in his opinion, does not happen now: “The safest and most the best option is to do 14 days, but 50% of the close contacts of the positive ones tell us that they don’t do it. ”

In some countries, such as France, it has been stipulated that the quarantine be minimized to 7 days, but Simón has already advanced that this option carries more risks and such a decision “will take longer.”

The president of Infancia Libre, sentenced to two years and four months in prison