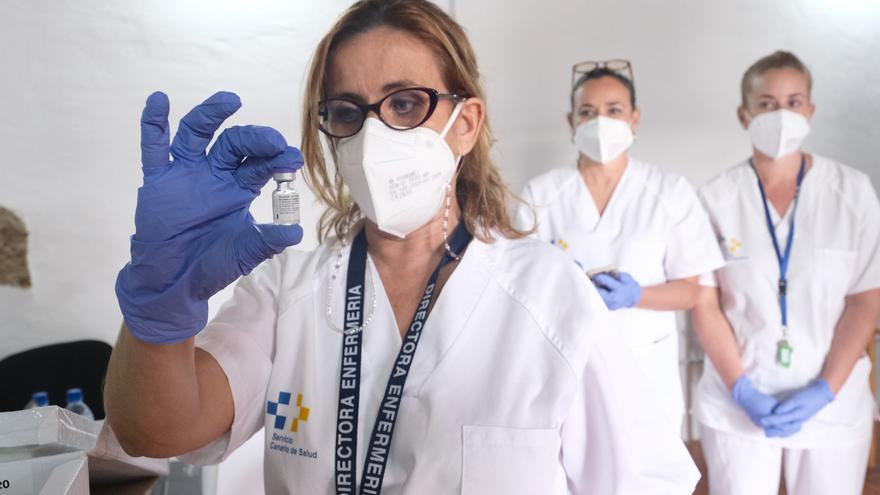 The Ministry of Health of the Government of the Canary Islands has administered 762,557 doses of vaccines against COVID-19, of the 887,010 received, which represents 85.97 percent of the arrivals to the Canary Islands. Thus, in the Archipelago, 9 out of 10 people over 60 years of age have already received at least one dose of the vaccine, while 1 in 2 has already completed their regimen.

Until this Tuesday, the immunization of 249,862 people had already been achieved in the Canary Islands who have already received the complete vaccination schedule, which represents 13.35 percent of the target population (1,871,033 people).

What’s more, in the Archipelago there are already 514,378 people who have received at least one dose of the vaccine, that is, 27.49 percent of the target population.

Group 3 is already one hundred percent with one dose and 30.23 percent with two doses; and group 6, 38.48% with one dose. Of group 7, which includes the population under 60 years of age at risk of severe COVID-19, there are 10,702 people who have been vaccinated with one dose, 60.34 percent of the target population.