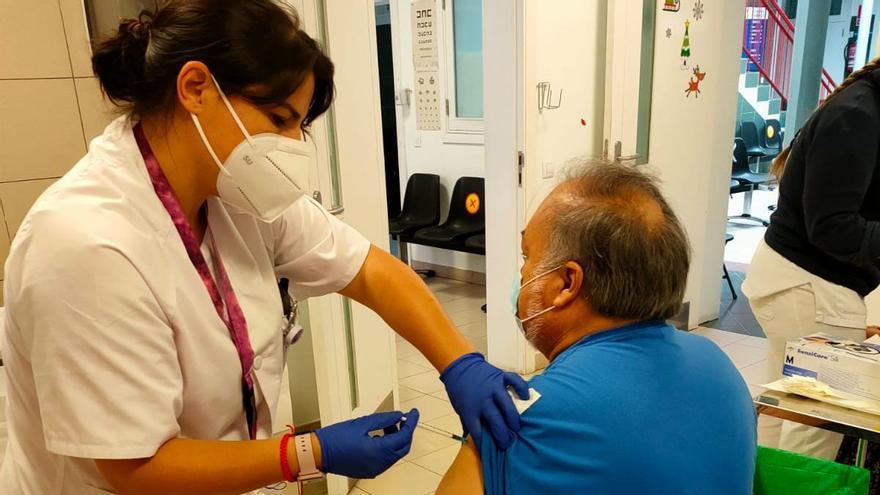 The Ministry of Health of the Government of the Canary Islands has administered 719,628 doses of vaccines against COVID-19, of the 887,010 received, which represents 81.13 percent of arrivals to the Canary Islands.

Until yesterday, the immunization of 233,841 people had already been achieved in the Canary Islands, who have already received the complete vaccination schedule, which represents 12.50 percent of the target population (1,871,033 people).

In addition, in the Archipelago there are already 480,827 people who have received at least one dose of the vaccine, that is, 25.70 percent of the target population.

Given the advance of vaccination of vulnerable groups and the arrival of enough doses, the Ministry of Health takes up the agendas of groups 3 (other health and social health personnel not included in group 2) and 6 (essential personnel in which include, among other groups, teachers and local police) and this Saturday will resume the vaccination of the group of teachers, firefighters and local police. The summons will be as it has been done until now, in collaboration with the Ministry of Education, Fecam and professional associations.

The teachers’ vaccination will take place today from 2:00 p.m. and in Gran Canaria they will be summoned at the points set up in Infecar, Expomeloneras, and the Doctor Negrín University Hospital of Gran Canaria, while in Tenerife they will be vaccinated at the House Entrepreneur of Los Realejos, the Lecture Hall of the Guajara Campus, the Hospital Nuestra Señora de Candelaria, the CTCAN of the Polígono Industrial Güímar and the Hospital del Sur.

This Saturday the firefighters and local police of Las Palmas de Gran Canaria are also summoned at the Infecar vaccination point, starting at 9.30 and 15.30, respectively.

The local police, firefighters and civil protection groups from other towns will be summoned from Tuesday, May 11, at the vaccination points of Expomeloneras and Infecar in Gran Canaria and at the Magma Convenciones center in Adeje and the Hospital Universitario de Canarias (HUC ) in Tenerife.

-Group 6. Active groups with an essential function for society