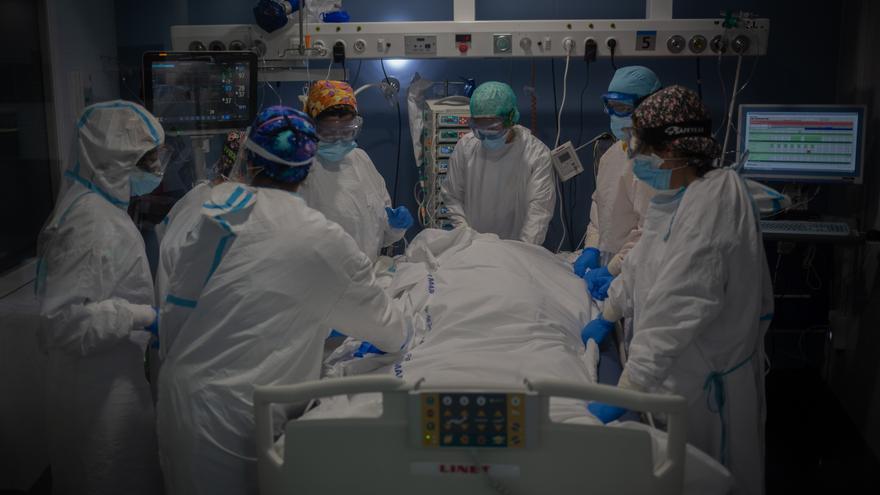 The Ministry of Health has registered 12,131 new cases of coronavirus. Of them 5,763 have been diagnosed in the last day. This is a rebound compared to yesterday, when they were 11,078. In total, since the beginning of the pandemic, 1,785,421 people confirmed by tests have been infected in Spain.

The accumulated incidence of cases continues to rise, which on Wednesday’s balance once again exceeded 200 and stood at 201.16. This Thursday, the data is 208 cases per 100,000 inhabitants in the last 14 days.

Regarding the deceased, the health authorities have added 181 new ones, bringing the total since March to 48,777. Of them, 789 have died in the last week.

This Thursday The President of the European Commission has announced the dates of vaccination against COVID-19 in Europe. They will be from December 27, 28 and 29, pending the approval of the regulator, scheduled for next Monday.

The announcement comes a day after Germany announced its plans to start vaccination on December 27, the Community Executive has communicated the plans for the entire European Union: “On December 27, 28 and 29 vaccination will begin throughout the EU . We protect our citizens together. ”

This is so because the European Medicines Agency (EMA) will meet on December 21 to, predictably, give the go-ahead to Pfizer’s vaccine. Once that happens, in a couple of days, as announced on Wednesday by Community Vice President Margaritis Schinas, the conditional authorization of the European Commission for its commercialization could arrive. From there, the days that it takes to start the distribution of the laboratory to the countries are missing. And then start with vaccinations.