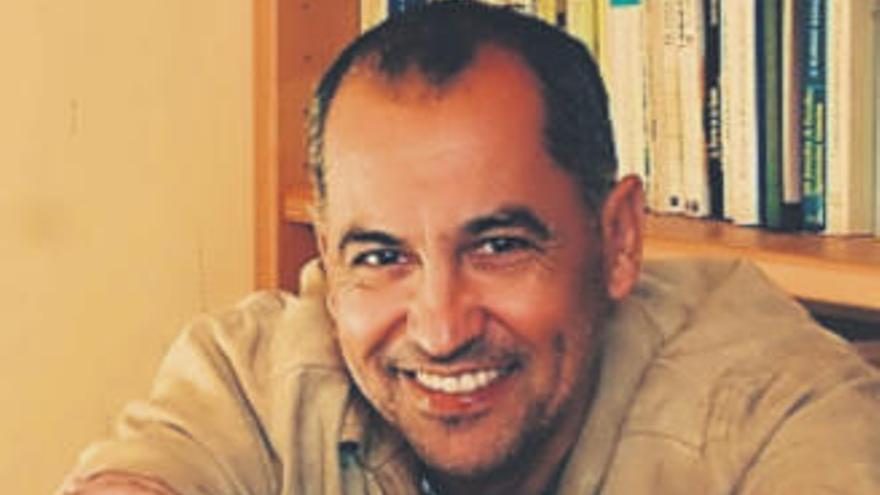 Although of recurring use among island speakers, in reality, beyond the peculiar form it has adopted on the islands ("he who goes badly ends badly"), it is a saying that refers us to a universal origin. The maxim has a clear predictive character that overwhelms the end of someone "not on the right track", which is said of someone with socially reprehensible customs and manners. There are those who point out that its origin must surely be sought in the proverbial teachings among the wisdom books; specifically in Proverbs 11,27: «Whoever strives for good will be favored; whoever seeks evil, evil will find him ». Proverbial phrase that contains a kind of sentence that consists of receiving the just reward for what has been done. [Este proverbio bíblico dio paso a más de una paremia en varias lenguas romances como por ejemplo en francés: «Qui mal chace, mal li avient», en italiano: «Chi mal vive, mal muore» o en catalán: «Qui camina mal camí, no fa bon pas a la fi»]. The presence of the proverb in Spain (and therefore, in the Castilian language, in general) is documented from the 16th century: “Whoever has a bad time ends badly” (Pedro Vallés, Libro de refranes).

The saying is built on a simple and didactic reasoning ("the one who goes wrong […]»), in clear reference to walking, 'going on foot from here to there', and more specifically to bipedal walking with some difficulty, of which there are those who refer to limping. [Recuérdese que la cojera ha sido con frecuencia asociada simbólicamente desde antiguo a defectos morales o atributos de debilidad del alma, como así lo confirman diversas narraciones de la mitología clásica y nórdica. Como es el caso de los dioses de la mitología griega y escandinava Hefesto o Weland el herrero que mostraban malformaciones en sus pies, o en el panteón romano, el mismo Vulcano arrastraba una cojera como señal de deformidad de su alma]. Therefore, the metaphor of «walking poorly» because one suffers from a physical defect in the legs such as a limp, and understood as a psychosomatic substratum, is reinforced through one of the meanings of the verb «walk», which 'being or being in a certain state of mind or situation', which in this case does not bode well.

The saying belongs to a wide group of registers that conclude, predict or conjecture a result based on simple assertive reasoning, as is the case of: "he who itches because he eats garlic", "he who gets up early, God helps him », «he who comes close to a good tree, a good shade shelters him», «when one is salty, even the dogs pee on it», «he who looks for it, finds it», «he who follows it, gets it» or "He who plays with fire..."

The most typical situations in which the expression is usually used can be: as a warning or admonition by someone who observes repulsive or annoying behavior in another; In such cases, the judged attitude can be reprimanded in dialogic forms such as this: «Since he got together with that cachanchán, there is no one to put him on the path» (a phrase that critically emphasizes that the bad company frequented by the subject in question have uncorrectable fact).

As a conclusive statement that in a given context confirms what was expected; in such cases, the premonitory conclusion can be heard: «It was seen coming…». Or you can resort to its use to confirm, in a tone of regret, an imminent and inevitable situation, according to the speaker's opinion. In short, it is used to mean that he leads a disorderly life or given to certain vices, it does not usually end well because "he who goes badly ends badly".