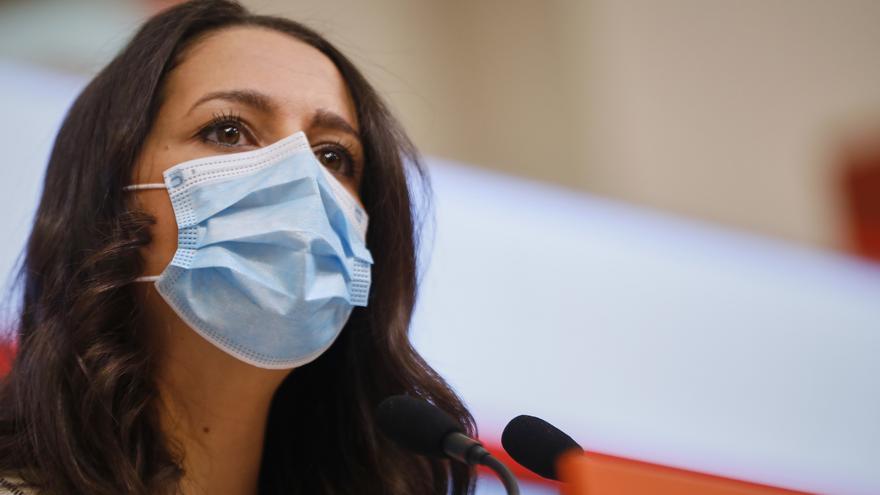 Lnés Arrimadas has tried this Friday to downplay the harsh volleys that his predecessor launched the day beforer, Albert Rivera, who charged from Zaragoza against his strategy of pacts with Pedro Sánchez and assured: “You know that I can’t stand a minute supporting things I don’t believe in. One can be flexible, lax, have a waist, but one has to have dignity. And when you lose dignity in life, that is not recovered. Honestly, I see everything that happens and I say: ‘oh my God, thank goodness I resigned.’ If I have to put up with all this, I have to go escorted, but in front of my voters “, finished Rivera. Later Rivera qualified his words and put in a tweet that he did not refer to the Citizens’ leadership.

In an interview in the Hoy por Hoy Program of Cadena Ser with the journalist Ángeles Barceló, Arrimadas has shielded himself in this rectification and has indicated that “if he says that he was not referring to the Citizens’ leadership, what you cannot do is take Albert’s words saying yes and then Albert’s words saying no and not listening to them “:” I have heard the whole cut [momento de la grabación con sus palabras] and he is not referring to us, but to the current situation. “” But hey, it doesn’t matter, “he added,” I think that many citizens are understanding that a party was needed in Spain that began to dialogue, that sit down to negotiate and have firm principles. “” And we are not going to go through that humiliation of Otegi. I think that many people are thanking that there is a party that in the face of everything that is happening is doing different things, that is understanding the situation and that it is coherent, “he added, making it clear later that” there are many things for which we did not pass. “” It seems that if the nationalists sit down to talk it is very good but if the great national parties do so it is a sin, “he lamented.

Arrimadas has also denied that there is division in his party on this strategy of pacts with Sánchez and has recalled that they have also closed them with the PP. “We are all as one. The decisions were made a long time ago in the Executive”, he pointed out, to reveal that in front of those who criticize her he also receives “many samples of support, from people who tell us that we are doing the right thing and we could not do the opposite. ” “I am proud of my team and convinced that we will continue to work in moderate measures although it is not easy,” she said.

“It gives the feeling that there are two governments”

Arrimadas has said that “it gives the feeling that there are two governments” and has recognized that he understands well with the more moderate part, such as Nadia Calviño, and with socialist barons such as Javier Lambán from Aragón or Emiliano García Page from Castilian-Manchego.

The leader of Ciudadanos has reiterated that she continues with her hand extended to dialogue “until the last moment” but that “Sánchez has less and less time to rectify” and choose “the path of more separatism” or the “moderate” path that Ciudadanos represents. if you want your support.

Furthermore, he has charged against the Celaá law because he believes that it is a concession to “ERC separatists” in exchange for their support for the PGE and eliminates, in his opinion, the possibility that children can study in Spanish. When Ángeles Barceló reminded her that this is a right that will continue to exist, Arrimadas replied: “I tell you as a mother and as a Catalan that you cannot school your child in Spanish and if you want to do it you have to go to court” . “Why do they accept these humiliations and drag themselves so much? There is no way to catch it,” he has settled