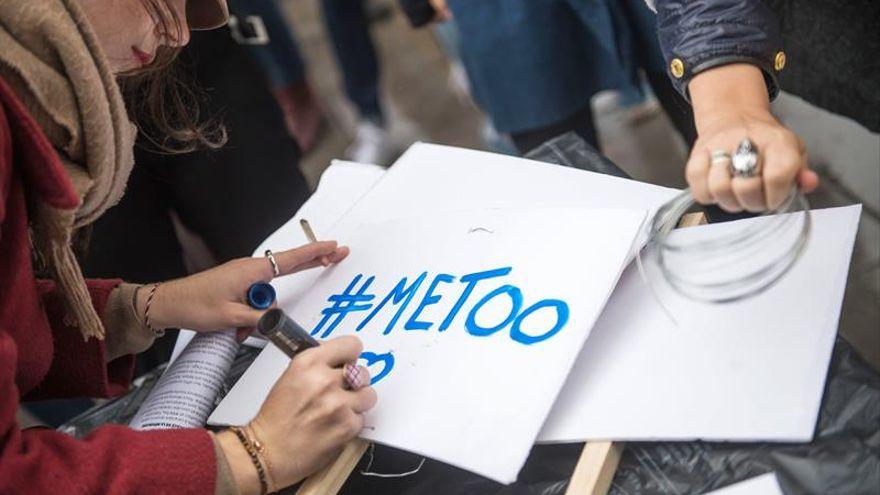 Fear of losing their job, of not being believed, of being judged or pointed out by their colleagues, out of shame ... These are some of the reasons given by women victims of sexual harassment at work when asking them why they did not make it known of the company. This is evidenced by an investigation by the Government Delegation against Gender Violence and Workers' Commissions published this Thursday and that on the occasion of International Labor Day on May 1, it has wanted to focus on one of the most hidden problems and silenced women in the workplace. Sexual harassment barely comes to light, it denounces the work, which has interviewed 1,119 victims, of which 72.4% never reported it. Of these, 62% claimed fear of possible reprisals.

However, the union warns that "due to the type of sampling followed" the results "cannot be extrapolated", but the data are eloquent. "Despite the seriousness of this type of behavior, their complaint continues to be low", something that is essentially linked "to the lack of confidence of the workers that it will prosper and that it does not turn into something that harms them yet. more, "says the research. And the reality is that these consequences have not been banished from the workplace, as shown by some of the actual testimonies collected by CCOO: "I received criticism from colleagues when I brought it to the attention of the company," says one of them. "The harasser was my own boss. He fired me", "To this day I am still in the company, they believed me and invited him to retire. However, I never changed my position or promoted," add two other women.

The investigation Sexual harassment and harassment for reasons of sex in the workplace in Spain emphasizes the consequences this has for women, both professionally and personally. Many affirm that this harassment "has marked their life, in some cases they have been forced to change city, social environment, work sector, etc. in order to move forward," emphasizes the study, which affects the "serious" Effects for emotional and physical health that derive from these situations and that end up having repercussions "in the deterioration of their quality of life". Even so, practically all of the women interviewed (87.8%), all victims at some point in their lives, did not request any type of leave.

The responsibility of companies

Faced with this "worrisome" scenario, CCOO focuses on the companies' response to this type of sexist violence, which, as Elena Blasco Martín, Confederal Secretary for Women and Equality of the union, recalled, "are obliged to have a protocol of sexual and sex-based harassment ". The usual thing, however, denounces, "is the ignorance and non-application of the regulations", when they do not "look the other way" and "often do not recognize that there are cases or that they may occur". Only 17.2% of the women interviewed state that there were these types of protocols in the company, but even so, CCOO believes, their existence "does not represent a guarantee for women on multiple occasions."

For this reason, the report points out the importance that, in addition to the existence of these mechanisms, companies are involved with awareness-raising and training actions, because "these are often very normalized behaviors and situations." Measures that will be a way to deter possible attacks, but will also help women "know how to identify and name these behaviors," believes the union, because "it is known that sometimes the affected workers themselves do not recognize themselves as victims. it must be taken into account that these are often naturalized and socially tolerated behaviors ".

The union also highlights that reality "shows that it is very difficult to provide evidence of conduct that frequently occurs without witnesses, and this discourages many victims from taking appropriate legal action." The problem, one of the workers who has suffered it agrees, "is that it is very difficult to demonstrate and in many cases they are innuendo, phrases out of context or uncomfortable situations in which you feel that there is a sexual interest even though one explicitly does not make a direct proposal ".

The survey reveals that the majority of women have suffered sexist jokes (83.1%), sexual compliments and comments (75%), suggestive gestures or looks (73%), and physical contact (67%). "I have had comments about my ass and my weight (or lack of it). And one of my bosses, who called me" dangerous blonde "or" blonde ", told me that the boss who was mobbing me would treat me better if he perform oral sex. Always laughing. But no less unpleasant for that ", denounces one of the interviewees." It is so frequent that men make macho comments such as "and, because you're married, if not ...", or grab your waist when passing like someone who does not want the thing, or take advantage of any situation to make a pun of a sexual nature, that no one is aware of the matter and everything is in a few laughs, "adds another.