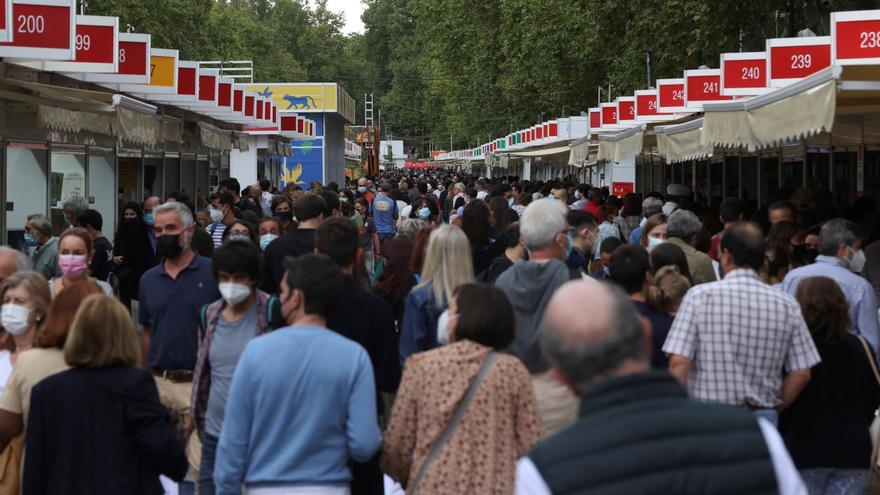 The publishers affected by the decision of the Madrid Book Fair to place small labels on the central island of the event, as explained by the director of the Fair Manuel Gil last Sunday, they have written a joint statement, signed by 30 companies.

In it, the publishers assure that being located in that central place and not on the sides caused those booths to be less visited “because [el público] I was not familiar with it and because it alternated exhibitors, beach bars and institutional booths “. Gil called it an” experimental space “and that is the name that this group has given itself, Editorials of the Experimental Space.” We did not know that the Fair was consciously sacrificing, “they say.

The publishers, who speak of “comparative grievance”, expect from the Fair actions such as an explanatory statement, the commitment that it will not be repeated in future editions of the Fair or compensation to those affected, by returning the exhibitor fee or reduction in the next edition. Instead, the organization’s response has been “silence,” as they state in this open letter.

A sector of the organization of the Fair, an initiative of the Madrid Booksellers Guild, has expressed its dissatisfaction with the management of Manuel Gil, whose future will be decided at the Guild Meeting this Thursday.

Organizing an event like the Fair in these conditions is difficult: the space had to be cut down and many booths were confined to a central island, which the public visited less because they were not familiar with it and because it alternated exhibitors, beach bars and institutional booths. It didn’t matter, because we needed to get out of the offices and reconnect with the readers. Like other years you have sun or shade, a centered or corner location, in this very special edition we accept with resignation (or humor) the result of the “draw”. But on Sunday, when we were about to close and collect the booth, these statements were published by the director of the Fair, Manuel Gil, to elDiario.es: “It was a studied decision and we put publishers of small catalogs on the island and to those who have the need to meet with other publishers ”. There is already talk that the publishers of what Gil called the “experimental space” invoiced 40% less than the others. Taking into account that the organization has perfectly mapped the space, it can be deduced that the “experiment” was not such, since they knew what the consequences would be and that is why they sent us there.

The COVID-19 pandemic has had uneven effects in the world of books: while Amazon soared its sales, small bookstores have had to deal with an almost unsustainable situation. Some publishers, due to the characteristics of their audience, have been able to maintain their sales levels, but others have suffered serious losses. For two years, we have had to survive practically without fairs, festivals, presentations, book clubs … all those acts that normally bring books to life and make us discuss them.

With the wind against it, it is normal that smaller seals are more affected, those that are not surrounded by a large group. It is logical, and small publishers face it. We bring to light books that others would not publish and we often bet on authors who will later sign up for large groups. We know it: they are the rules of the game and still we play.

What we did not know is that the Fair was consciously sacrificing us.

Faced with such a comparative offense, we have waited, in vain, for a statement that clarifies what happened, the promise that something like this will not be repeated and compensation to those affected, through a refund of the exhibitor fee or a reduction in the next edition. Worse than the statement is being the silence that follows.

To the organization of the Fair and its director we owe, yes, a renewed identity. Before we were just small publishers. Now we are the EEE (Editorials of the Experimental Space). We also owe them the energy with which we have put ourselves, precisely, to experimenting new ways of organization at a time of crisis in which we cannot allow our union, which should be our main ally, to turn its back on us. We need your support.

Maybe we are not a big group. But we can become a very large group.

Continue you have me