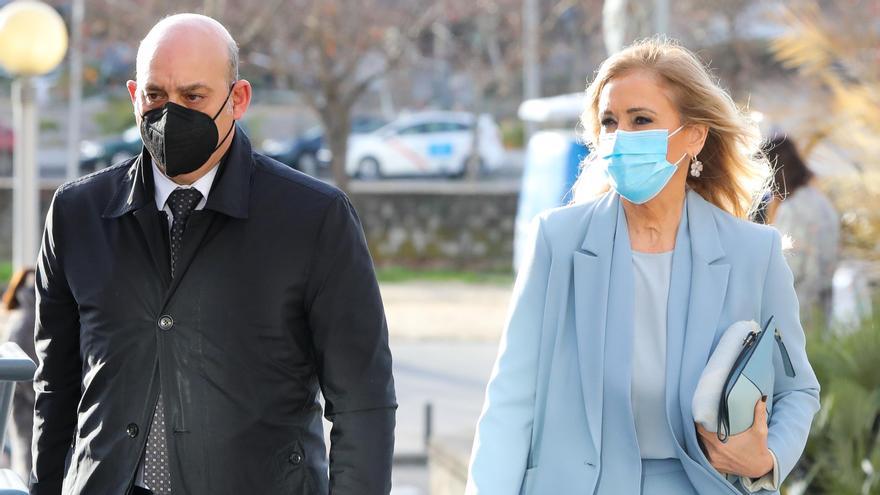 The prosecutor in the Master's case, Pilar Santos Echevarría, defended her final conclusions this Friday, maintaining the request for 3 years and 3 months in prison for Cristina Cifuentes for inducing the falsification of the defense act of the Master's Final Project. "Mrs. Cifuentes, due to her position, did not stain her hands, but it is evident that she was urgently urged that the university offer her a solution. If the machinery was put into operation it was because of these pressures," the prosecutor launched in the room. .

Santos Echevarría has defended that the Minister of Education Rafael Van Grieken and the defendant and former adviser to him, Maite Feito, acted induced by Cifuentes to save the political career of the then president of Madrid. "Of course (Cifuentes) did not call, but the only beneficiary was her and her political career," added the prosecutor.

The representative of the Public Ministry has exposed all the falsehoods of Cifuentes during the trial regarding the alleged defense of the TFM. "Nothing of what he has said can be accredited," the prosecutor assured, referring to the former president's thesis that she went on July 2, 2012 to defend the TFM and that she handed over the papers to Professor Enrique Álvarez Conde, died in 2018, by courier or through Cifuentes collaborators. "If it was about making life easier (for Cifuentes), why didn't he send them by email," Santos Echevarría said.

Throughout the plot of pressures, the prosecutor's account has highlighted the role of Maite Feito, of whom she has said that it has been amply proven that she directed the maneuver of the falsification of the title on the ground and that if it could be so, it is because everyone linked her with the Madrid president, due to her position in the Ministry of Education.