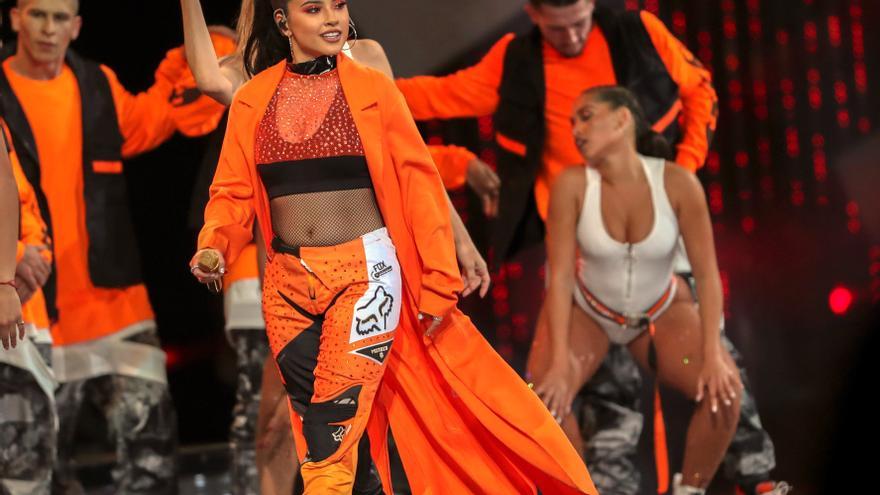 Los Angeles (USA), May 7 (EFE) .- Becky G wants to be much more than a fashionable singer. Over the past year, the Latina artist has shown a facet committed to social causes for which she got to interview Kamala Harris a month before she became the first vice president of the United States.

“Having such a large platform, I feel responsibility for being a good human being at the end of the day,” the artist explains to Efe before presenting “Ellas y su Música” on Sunday, the gala with which the Latin Recording Academy will honor women in the musical world.

“It means everything to me, there are artists who are pioneers, who started it all,” he says. For me it is a great responsibility to continue in their footsteps, we have achieved many things but there is still much to do.

Becky G promises that the gala, which she will lead with Luis Fonsi and Thalía, will unite legends and promises from different genders and countries to celebrate Mother’s Day.

But in addition, the moment has a special meaning for the singer from Inglewood (California), who in her beginnings in urban music had to listen to many executives say that it was not a style in which a girl would succeed.

“THERE ARE WOMEN WITH A LOT OF TALENT, THERE ARE NO OPPORTUNITIES”

“We always talk about the fact that there are no women in the industry, but there are. There is a lot of talent, but no opportunities”, highlights the author of “Mala Santa”.

For this reason, the 24-year-old artist has decided to take advantage of her break on stage to get involved “behind the scenes” and support “Latina women who work as writers or producers.”

“That’s where we can make a difference,” he says.

It has been more than ten years since the singer attracted attention on the internet with versions of other artists such as her well-known “Becky from the Block” (a nod to Jennifer López) and Becky G has evolved to become one of the artists more vocals of his generation.

In fact, during the pandemic, she launched her own “podcast” in which she spoke about issues such as racism and feminism with a guest list that included Kamala Harris, America Ferrera, and California Governor Gavin Newsom.

“I am a daughter, I am a sister, girlfriend, granddaughter, cousin … first of all. I am also an artist and with such a great platform I hope I can inspire others. What affects my community affects me,” she reasons.

But despite all the activities, Becky G admits that she misses getting on stage and singing in front of the audience. That is why he hopes that his performance at Sunday’s gala means the return of live music to his life, with a review of the songs “that marked his career.”

“I like being a total artist. To act, to produce … but with the pandemic I didn’t know that I was going to miss the stages so much. This is a comeback and we are going to share it among us,” she says.

And in the studio he will continue to surround himself with women like Natti Natasha, with whom he has just presented the single “Ram pam pam”.

At the moment she is not thinking of a second album but she is clear that she will maintain one of her hallmarks as a Latin American from the United States.