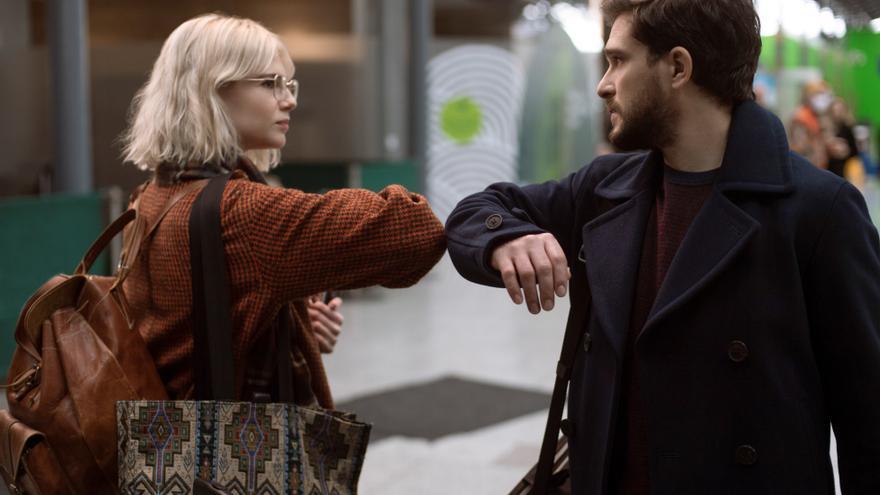 Madrid, Aug 4 (EFE) .- Neither disputed thrones, nor bloody battles, nor undead. Kit Harington has taken a radical turn in his career to get into the shoes of a young man who falls in love with a stranger on a train in an episode of “Modern Love.” A role that comes after the severe stress crisis suffered after “Game of Thrones” and in full explosion of sensitivity for his fatherhood.

In an interview with Efe, the British actor (London, 1986), who rose to fame for his role as Jon Snow in the HBO saga, tells what led him to accept a role with which he approaches more intimate projects. The main reason, all the feelings aroused by the pregnancy of his wife, actress Rose Leslie (Ygritte in “Game of Thrones”), whom he met during the filming of the saga.

After becoming a father at the beginning of this year, the actor confesses that his life has changed radically and that he has had to put aside “the narcissism” of the actors and open the window to let out “half” of his ego. On August 13, the second season of “Modern Love” will be released on Amazon Prime Video, in which you will be able to meet this new face of the actor.

Question: How does it feel to be involved in such a sentimental project, which tells real love stories, such as “Modern Love”?

Answer: That is one of the reasons I accepted it. It’s light, it’s fun, it’s sweet, it gives us a break and brings fresh air in a difficult time. Having a child, my romantic side came out desperately, all the tenderness has awakened me.

Q: How did the opportunity to work on the series come about?

A: John Carney, the writer and director, came up to me and said “I think you would be great for this role.” I am far from wanting to spend a lot of time on a television project. I am enjoying the way anthologies work. I can delve into a character for a week instead of eight years. So it immediately caught my eye for that. I said to myself “oh, it’s another little role that I can do that is different from what I’ve done.” It was also during the pandemic and I thought “a week of work during the pandemic can be fun” (…) Also, when it was filming my wife was pregnant and my head was very sensitive, it melted me. So they caught me at the ideal time to do something like this.

Q: How has becoming a parent affected you internally?

A: I think what happened to me is what happens to many parents and it is something much more noticeable for an actor because we are immersed in ourselves for a long time. We are our job and narcissism is a real risk. But having a child half of your ego goes out the window because you have to focus on other things. And it helps the actors not to become entangled in themselves. But in a strange way your life matters more than anything now because if you don’t take care of yourself you can’t take care of him, so your worries and concerns are more focused on the child. I think it really helps your performance because at the end of the day you’re like “oh god I just want to go back to my son” and that means you’re more relaxed in front of the camera and a little bit calmer.

Q: The chapter of “Modern Love” that you star in tells a love story interrupted by the pandemic, do you think many people will feel identified?

A: It is a good example of all the stories that were affected by the pandemic. It takes people back to when we didn’t know what the hell was going on, when we thought this was going to last two weeks. These two people know each other and have every hope that things can get back to normal and that they can meet and go on a date. But all of our lives are no longer normal. It really tells a piece of what happened. I hope that in the future people will see it and think “this is how it was”.

Q: What do you think is the message of the story?

A: It is a confrontation between individual choices versus society. It seems pretty deep, but it isn’t. We were all made to make decisions out of selfishness or altruism and I really don’t blame anyone for making them. Who am I to judge someone who needs to see their elderly mother and in certain circumstances needs to break the rules? (In the pandemic) everyone had to make selfish or disinterested decisions and I think that’s what the series is about. In this case the options are to break the confinement because you say “this could be the love of my life and if I don’t go and do this now I may never have another chance” or say “you are being incredibly selfish, you are putting your life at risk of people”.