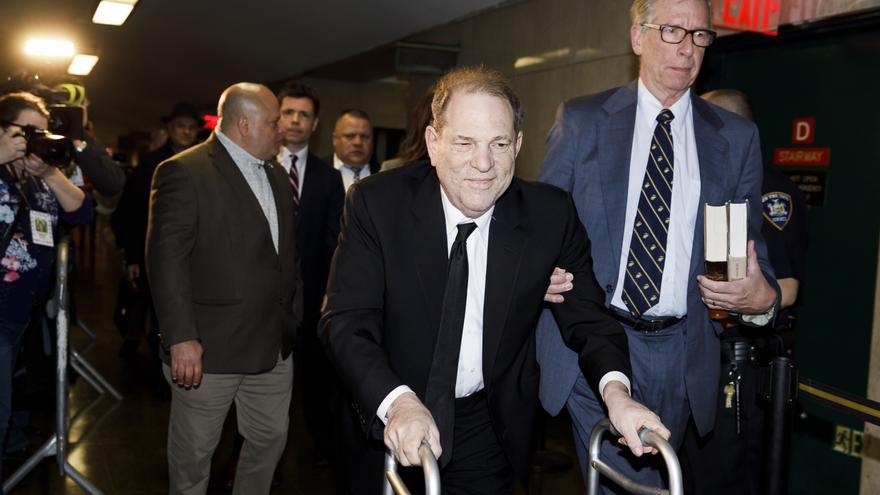 New York, Apr 5 (EFE) .- The film producer Harvey Weinstein appealed on Monday the conviction for sexual crimes that was imposed last year in a New York court and for which he is serving a sentence of 23 years in prison.

Weinstein, who has always defended his innocence, argues that the trial against him was not fair, among other things, because several women who had denounced alleged abuses were allowed to testify despite the fact that those specific accusations were not tried in the process .

In a 166-page brief, the defense of the Hollywood producer considers that these women should not have been heard and says that their testimonies influenced the jury, ending in a trial of Weinstein's character and not for the alleged facts of which he was accused.

The complaints against Weinstein were the great trigger for the #MeToo movement around the world and his conviction was seen as a major victory in the fight against sexual harassment and misconduct.

The well-known producer was found guilty of a first-degree criminal sexual act against production assistant Mimi Haley and third-degree rape against aspiring actress Jessica Mann, crimes for which he was sentenced to 23 years in prison in March of last year. .

"With a year behind and with calm emotions, the transcript of the case confirms what we have always believed: that Mr. Weinstein did not receive a fair trial", said in words collected by The Wall Street Journal Arthur Aidala, one of his lawyers .

According to Aidala, the defense is convinced that these errors will be corrected on appeal and that the case will be sent back to another judge.

During the process, Weinstein already tried unsuccessfully to have Judge James Burke changed and had advanced his intention to appeal the sentence.

On appeal, the defense also argues that the judge should have replaced a juror who had written a book on relationships between young women and older “predatory” men, which for Weinstein's lawyers made it non-impartial. .

Weinstein has been publicly accused of harassment and other sexual crimes by dozens of women and still faces several complaints before the Justice, for which he could be tried in Los Angeles, where the Prosecutor's Office has accused him of at least three alleged rapes.