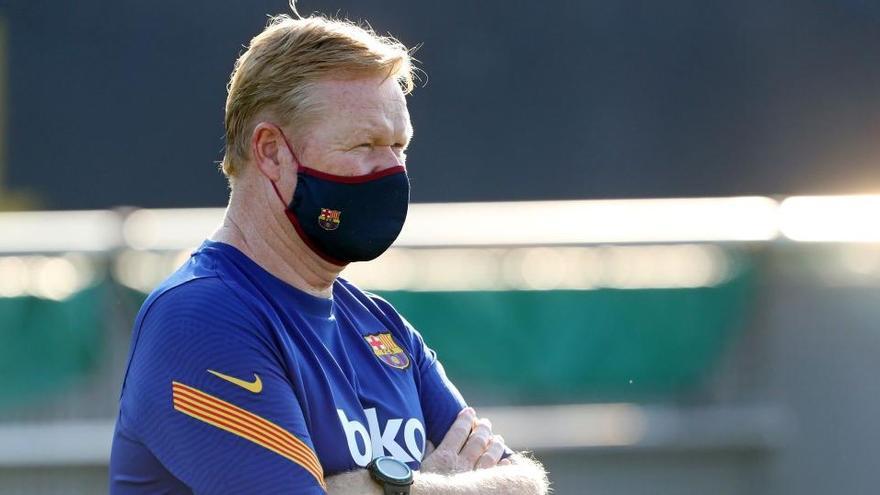 After a promising start in their first two matches of The league Santander, the first setback of the season, against Sevilla (1-1) at the Camp Nou, has brought the first doubts to the new Barcelona by Ronald Koeman, who in his visit to Getafe he will try to turn his discreet match against the Seville team into an accident.

He will do it after recovering his internationals only 48 hours before the appointment, so Koeman has not been able to prepare thoroughly for the match against the Madrid team, which has six points out of six possible at home this season.

For this match, goalkeeper Marc-André ter Stegen and defenders Samuel Umtiti and Jordi Alba are out due to injury, while defender Junior Firpo and midfielder Miralem Pjanic are doubtful.

With Alba out of the game, if Junior finally doesn’t recover in time, Koeman will have to use Sergiño Dest so that, with a changed leg, he plays on the left side, so Sergi Roberto would once again be the right-back.

In defense, after serving his penalty match against Sevilla, Frenchman Clement Lenglet will regain his position in the axis of the rear with Gerard Piqué to the detriment of the young Uruguayan central defender Ronald Araujo.

And the rest of the eleven could be the usual one, with Sergio Busquets and Frenkie de Jong in the double pivot, three half points ahead (Leo Messi, Philippe Coutinho and Ansu Fati) and french Antoine Griezmann as the most advanced player.

The one from Getafe will open two intense weeks for the Catalans, in which they will also face Ferencvaros, the Real Madrid and Juventus.

In fact, José Bordalás’ team will not have such intense two weeks but will have to face the fatigue of several of its international players who they have had to face compromises with their national teams.

After losing 3-0 to the Real society his first game this season and after leaving the leadership that he enjoyed last day, Getafe returns with all its available squad but with men tired from their international trips such as the Uruguayans Mauro Arambarri and Damián Suárez.

In addition, another of Getafe’s internationals, Marc Cucurella, returned from the matches with Spain under-21 with a blow to the foot. However, Bordalás reported that none of the three will have problems facing Barcelona and will go out with his gala eleven to try to achieve his first victory against the team that Koeman now directs.

And it is that, Bordalás, since he arrived at Getafe, he has never beaten any of the greats of LaLiga. He has never been able to with Real Madrid, Atlético or Barcelona. It is a barrier that he has not yet broken and this Saturday he hopes to overcome it with a victory that will give prestige to his brilliant career in the azulón team.

Presumably, will not make changes to the eleven that was defeated in San Sebastián sI mention the inclusion of Jaime Mata up front and the departure of Ángel Rodríguez. The last signings, the Malian Abdoulay Diaby and Víctor Mollejo, will wait for their opportunity on the bench .– Probable lineups:

– The data: After Cristiano Ronaldo, the man who has scored the most goals for Getafe in LaLiga history has been Lionel messi. In total, he has celebrated 13 goals, far from the 23 of the Portuguese player. This Saturday, Messi will try to expand his numbers.

– The key: The slab that weighs on the Getafe players, who since Bordalás came to office have never been able to beat one of the three greats of LaLiga.

– The environment: Getafe will change its name and its shield in an exceptional way to send “a positive message to the world” and that its fans do not lose faith. For this reason, it will go from being called Getafe CF to being called Fe CF.

María Vicente starts the second day of the heptathlon jumping 6.18 meters in length