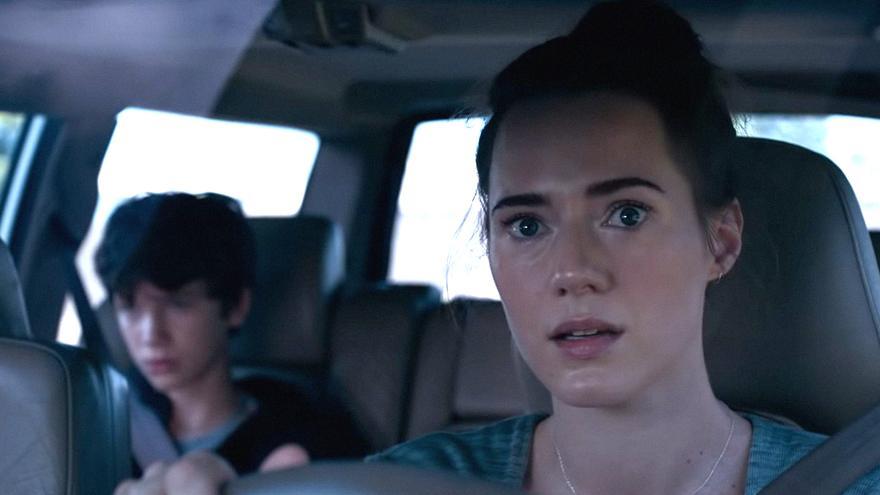 One of Jean-Luc Godard’s aphorisms says that to make a movie you only need a woman and a gun. Sometimes even the gun is expendable and it just takes a woman being hunted. Why? Because the history of cinema shows a good number of narrative genres and traditions that have made insistent use of stories about harassed women.

The different versions and variations of Gas light, from their harassment and manipulation, they became a certain filmic tradition. The Hitchcockian Suspicion or Dying light they were works of suspense where the possession of a room of their own, or of their own house, did not ensure the safety of the protagonists. An exponent of these fictions, The spiral staircase, emphasized the vulnerability of the main character by giving the lead to a disabled girl. This resource would be used in Alone in the dark, Blind terror, Mute witness or the most recent Hush (silence), where thieves and maniacs of different hairs haunted women who were blind or deaf.

Later the tabloid drives of horror filmmakers began to explore more openly some disturbing intersections between murder and sex. Crosses that have generated other trends such as nightmares about captive women like Captivity, Pet or the extraordinarily unpleasant, and inspired by real events, The girl next door.

The conventions of a certain thriller of survival. Its creators shun the relatively choral mood of cinema slasher and their periodic killings to focus on the fight between a small number of bullied women and male bullies. Recently we can point to titles like Revenge or Cosmogonie, which try to make a certain nod to female empowerment through the exercise of defensive violence.

Chance has led to the simultaneous release of two films about harassment in two different windows. Wild hits movie screens as a thriller past revolutions. AND Alone breaks into the videographic market and VOD platforms through a stylized and almost minimalist approach to a story of forced captivity and struggle for life.

Wild illustrates a certain fall from grace for Russell Crowe. The star of Gladiator or Master and commander is reduced to the role of antagonist in a modest film that connects the thriller of automobile siege in the tradition of the Spielbergian Devil on wheels or Never play with strangers with the representation of outbursts of frustration and resentment in the style of A day of fury. Add a dash of serial killer narrative to the ensemble, and the cocktail is ready to serve.

The point of the film Wild It is striking: desperate in a traffic jam, a woman named Rachel honks her horn aggressively at the driver of the car in front of her. Rachel has all the mitigating circumstances to be excused for a rude moment: she is a divorced, overwhelmed mother, whose financial problems have just increased because the traffic jam causes her to lose her best client. In front of him, a true bogeyman bursts in, combining fierce resentment towards an old partner who has rebuilt their lives, anger towards any woman who dares to protest and the desire to punish those who have displaced him from the center of the universe. … Or that they have humiliated him with a simple blow of the horn.

The pre-credits scene of the film already telegraphs that those in charge decided to leave the subtlety for another occasion. And the same credits underline that the filmic adrenaline of a certain warning about tension, about a society that is carried away by anger and communicates furiously, has been wanted. Probably involuntary, and despite its anti-macho winks, the film ends up looking like a punishment narrative for female protests: the psychopath played by Crowe is the one who corrects the possible excesses of communicative fury … with an escalation of homicidal violence.

Director Derrick Borte and his team fall into a certain deep numbness. The noisy spectacle of the chase on wheels leaves no room for the disturbing depiction of bullying. Nonetheless, Wild It is very conventional, quite topical and comes with as many flavor enhancers (starting with a very, very insistent soundtrack) as a fast food menu, but it can fulfill the function for which it was conceived: to satisfy the public that seeks a resounding thriller.

In Alone, the threat also moves by car. A young widow who is undertaking a move meets the same man on several occasions. This is obviously a stalker, and a roaming conflict quickly breaks out between the predator and his target.

Remake from the swedish film Gone, Alone He fixes his gaze on a female protagonist who wants to escape from a disturbing serial killer whose dark side is hidden under highly conventional appearances. We are not facing a fiction of obviously monstrous evils, but rather an approach to a laconic homicidal practice, without psychological explanations or stylistic fanfare, without those outrages of dried blood mixed with the rust of industrial buildings that was so typical of Hostel or Saw. The tour includes some subtle and suggestive visual narrative moment destined to be remembered by more than one fan of the genre.

Unlike movies like the recent one Cosmogonie, a sexist tour de force survival that could be seen in the past Sitges festival, Alone he does not project great discursive intentions in his representation of his struggle for survival. It seems more like an exercise in style, perhaps empty but also appreciable, by the director John Hyams. It supposes a bet on a certain minimalism, although the result does not completely escape the coordinates of the thriller commercial with terrifying film conventions.

There is something elegant about this emptying of elements. The viewing is suitably unpleasant and uncomfortable, and provides little relaxation to the viewer, beyond the beauty of the wooded settings where the action is located. The final, more or less unnecessary, execution of the monster is not lacking. An element that fits within the violent logic of filmic terror, and also within a certain tendency to emphasize what we already knew since the days of cinema slasher and long before: that they too can kill.