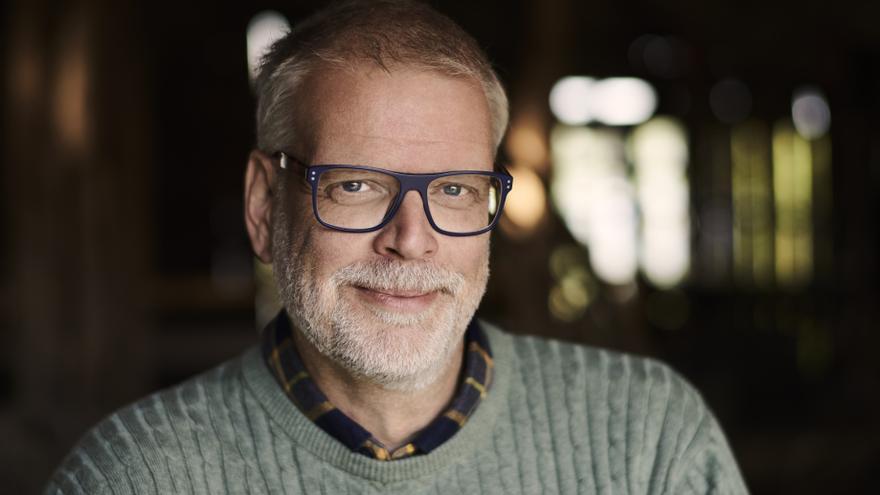 Madrid, Apr 27 (EFE) .- Hans Rosenfeldt, the most famous Swedish screenwriter, creator of the series “The Bridge” and “Marcella” and co-author of six volumes of the police series Bergman together with Michael Hjorth, makes his solo debut with the first installment of a crime novel saga, a genre that, he assures, does not read.

Rosenfeldt and Hjorth have five million readers of their novels but the creator of the television series “The bridge”, one of the great exponents of the Nordic “thriller”, wanted to find out if he was capable of writing alone.

And although he has missed his colleague a lot, he says in an interview with Efe, he has just published in Spanish “Verano de lobos” (Planet), the first in the Haparanda saga, starring Hannah Wester, a middle-aged police officer, which has just come out in the Scandinavian countries and is already number one in sales.

A black genre that writes for both novels and series scripts but does not read, because, he says, it is what he does all day seven days a week. “So when I have time I try not to read crime novels, but to read and see different things.”

“I have missed someone who knew as much about the material as I did, someone with whom to share ideas,” says Rosenfeldt, but explains that he wanted to write something alone and that the novel was in a different tone than his other saga, which has male leads and spans all over Sweden. This one is carried out by a woman and located in Haparanda, a city of the north that intrigued to him ten years ago.

Haparanda is a small town in Sweden, located on the border with Finland, and therefore close to Russia, which was once an important city but now has “no dream of being anything different”.

“Borders are like a promise of something else, the promise of the world that is beyond, the unknown, an adventure … You can walk to cross it and that is why borders create fantasies in the minds of people who wonder what what’s on the other side, “he says.

“Summer of Wolves” begins in the Haparanda forests, where a dead wolf is found with human remains in its stomach, which will launch an investigation led by Hanna Wester that leads to a confrontation between drug traffickers in Finland: And, then, Katja, a brilliant hitman, comes to town.

Hanna is a middle-aged woman with whom the author wanted to get away from the usual female characters in Swedish crime novels, he says. This is an ordinary woman who lives a normal life despite suffering deep pain, that of the disappearance of her two-year-old daughter, who was never found.

Rosenfeldt acknowledges that his writing is highly influenced by his experience on television: “It is as if I started a movie in my head and I begin to type what I have in my head,” says the author, who assures that he has already thought of the second novel of this saga, which will be published in 2022, while the third will be in 2024: “I know how the saga is going to end but I don’t know how many books it is going to take me,” he says.

Rosenfeldt and Hjorth had just finished writing the seventh novel in the Bergman series, which stars a forensic psychiatrist with a difficult character, but the screenwriter assures that he will combine this writing with that of his new saga, in alternate years.

Odd-numbered years Bergman, even-numbered years Haparanda, explains Rosenfeldt, who says he’s always done more than one project at a time, and he’s good at keeping each one in different compartments.