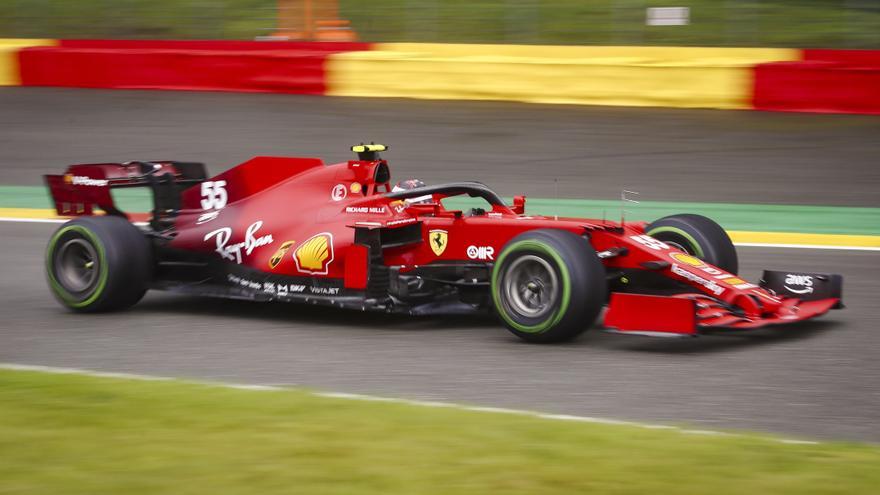 The British Lewis hamilton (Mercedes) was the fastest this Saturday in free seconds at the Monza circuit and stopped the clock at 1: 23: 246, which confirmed the superiority seen this weekend of his team with respect to the Dutchman’s Red Bull Max verstappen, in a session marked by a strong accident, without consequences, of the Spanish Carlos Sainz (Ferrari).

Under the sun and the 27 degrees of the “temple of speed” Monza, an unusual temperature in the Italian Grand Prix At this point in September, Hamilton set the fastest time, 222 thousandths ahead of his teammate, the Finn. Valtteri Bottas.

The session had a twelve-minute interruption due to a severe accident suffered, at the exit of the Ascari Variation, by Carlos Sainz. The Spaniard, who had been the best Ferrari this Friday, finishing seventh in the standings, he lost control of his car and crashed at more than 200 kilometers per hour speed against protective barriers.

“Massive crash” said Sainz, in English, by radio to your team. He stayed in the car for a few seconds to recover after the accident and then left to check the condition of your car, notably damaged in the anterior part.

😱 What an accident of Carlos Sainz in Monza! 😱

“Massive crash”: he lost control of the car and ended up against the wall at high speed. Pilot OK ✅# ItaliaDAZNF1 🇮🇹 pic.twitter.com/Uz5CJioz2Q

The Spaniard received a strong blow to the neck, but assured that it feels “good”. He will undergo further medical checks shortly to verify that there are no troublesome injuries that prevent him from competing.

For Ferrari it was a negative morning, as also the Monegasque Charles Leclerc he had to interrupt the free practice session before closing due to a problem in his car, which the Maranello team’s mechanics will have to study in the next few hours.

Until that moment, Mercedes He had taken advantage of the free practice sessions to ride with red rubber and rehearse the rhythm for the race this Sunday, with a significant fuel load. After Sainz’s accident, Hamilton went on to the hard tire.

On the other hand, in Red bull, Verstappen and Mexican Sergio Pérez rehearsed qualifying for the sprint on Saturday (16.30 CEST), with about 50 kilograms of gasoline less than Hamilton’s Mercedes.

On Alpine, the Spanish Fernando Alonso had the eighth time, 1: 293 behind Hamilton, while his French teammate Esteban Ocon he was fifth, at 1: 017 of the best of this Saturday.

The second round of free practice It was held hours before the sprint classification starts (16.30 CET / 14.30 GMT), which in this Grand Prix will certify the pole for this Sunday’s race, in which Bottas will start first.

Lewis Hamilton will start in second place, ahead of Verstappen, the leader of the World Championship with three points of advantage over the British rider himself, seven times world champion.