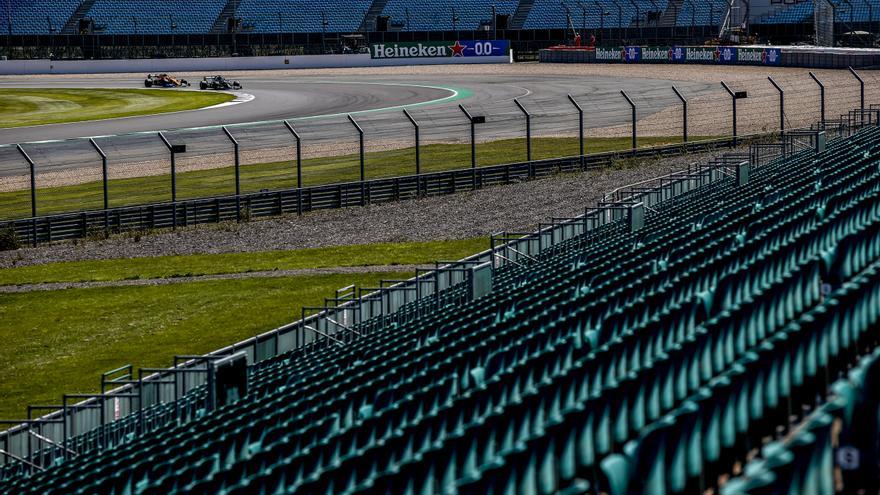 Max verstappen (Red Bull) will come out – whatever happens – leader of the World Cup F1 Silverstone, site of the British Grand Prix. Where the sevenfold English world champion Lewis hamilton (Mercedes), who runs at home, hopes to cut the gap compared to the Dutchman to avoid further complications in the contest; which launches a qualification format with a sprint test.

Verstappen, 23, achieved two Sundays ago, in Austria, his fifth victory of the year, the third in a row – with a ‘Grand chelem‘: starting from’ pole ‘, with a fast lap and leading from start to finish-; and now he commands with 182 points, 32 more than Hamilton (36), a contest in which Mexican Sergio Pérez (31) is third. Whose contribution also places Red Bull, which demands the end of the cycle, at the forefront of the Constructors’ World Cup; with 44 units of advantage (286-242) on Mercedes: iron dominator during the past seven years, in which he never stopped scoring both championships.

Hamilton and Mercedes must react in Silverstone; a track of 5,891 meters and 18 curves that, 71 years after having hosted the first race in the history of the F1, will be a direct witness to the last great innovation in the premier class: qualifying through a sprint test, 17 laps, which will be the one ordered by the Sunday race starting grid on Saturday. Expected to 52 turns, to complete a route of 306.3 kilometers.

The format, which will be repeated another two times this season – surely, in Monza (Italy); and quite possibly in Interlagos, Sao Paulo (Brazil)– aims to increase the excitement and that, incidentally, every day of the weekend there is something at stake.

In such a way, this Friday, when the tests start, with tires of the most rigid range of compounds –C1 (hard, recognizable by the white stripe), C2 (medium, yellow stripe) and C3 (soft, red)-, there will only be one free training session. The second session will be a qualifying ‘to use’, with eliminations and three rounds, which will decide the grid for Saturday’s sprint race.

That rapid test, which will be held on a third of the official route and hours after the second free practice, will be the one that decides the starting formation for Sunday’s race. The first three will add three, two and one points, respectively; Y there will be no podium ceremony after that sprint race (Whoever wins will get the ‘pole’), although the legendary laurel wreaths will be recovered.

Nobody equals Hamilton’s seven triumphs at Silverstone, where the victories “are special”, as it is “the home of Formula One,” as he told Efe in the past Austrian Grand Prix the double Spanish world champion Fernando Alonso (Alpine). Twice winner on the legendary circuit of Northhampton: in 2006, with Renault – the team with which he returned to the honors division of motorsport, after two years absent -; and in 2011, with Ferrari.

After finishing eighth in France, Alonso (39) – eleventh in the World Cup, with 20 points – completed the first ‘triptych’ of the season with a ninth and a tenth in the two races held in Austria. Where his compatriot Carlos Sainz (Ferrari), who left without points from Paul Ricard, signed a sixth -in the Styrian Grand Prix, also in the Red Bull Ring- and a fifth place. That they ratified the seventh place in the World Cup of the talented Madrid rider (26), who adds 60 points, only two less than his Monegasque teammate Charles Leclerc (23).

Hamilton scored his seventh win at ‘his’ Grand Prix last year, when he even won with a flat tire; ahead of Verstappen. That a week later, however, in the same scenario, the 70th Anniversary Grand Prize, since Silverstone ‘doubled’ last year – like the Austrian Red Bull Ring and Sakhir (Bahrain) – in order to make the calendar of the World Cup of the pandemic.

‘Checo’ arrives with an extra motivation point to the English automobile temple, where last year he missed both races (after testing positive for covid-19); and because, after signing his twelfth podium in F1 after finishing third in France, he ‘could only’ be fourth and sixth in the two races held at the circuit owned by his team.

The brave driver from Guadalajara occupies third place in the World Cup, with 104 points, three more than the English Lando norris (McLaren), third in Austria – where the other Mercedes, the Finnish Valtteri Bottas (31) finished second- and that comes from taking a good scare last Sunday. Leaving Wembley after the final of the Eurocup football (which England lost to Italy on penalties), Lando (21) was assaulted by some individuals who stole the very valuable watch he was wearing.