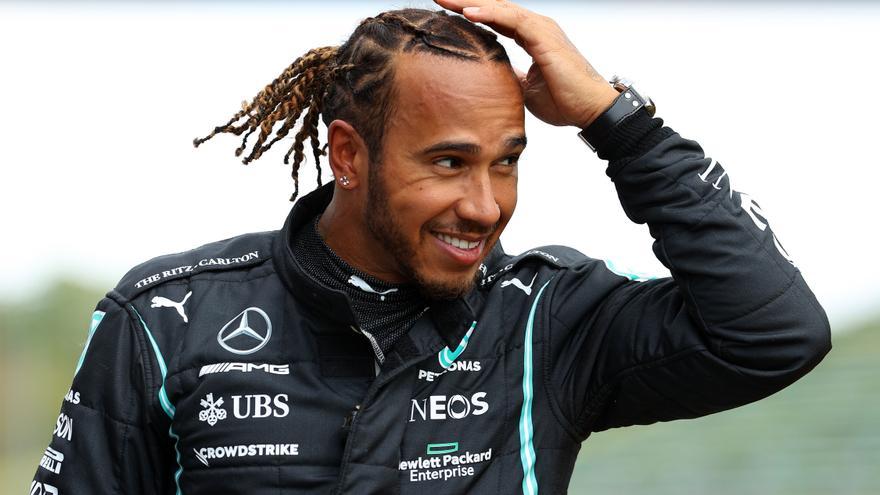 English Lewis hamilton (Mercedes), if he wins this Sunday the Formula One World Cup He will capture an unprecedented eighth title in the premier category, he does not consider this to become the most important moment of his entire career, he said on Thursday at the Yas Marina circuit that "does not" waste "energy" in the conjectures around the resolution of the contest to be decided between him and the Dutch Max verstappen (Red Bull) although he admitted that if he wins "it will be special for the team", because some had deleted them at the end of the year.

"It would be special for the team, for everyone in there, because in the middle of the season some had already erased us; so If we do it, it would be tremendous, because of the enormous effort made by all, in what has been, without a doubt, a real emotional roller coaster ", he indicated, during the official press conference of the FIA ​​(International Automobile Federation), in which he appeared alongside his main rival, 36-year-old Hamilton. , which last weekend raised - in Jeddah (Arabia) - to 103 its own historical records of victories and 'poles' in F1, in which it would break in its favor, if it is crowned again on Sunday, the tie at seven titles that unite, since last year, the German Michael Schumacher.

"I don't waste energy thinking that the world it could be decided by an accident or things like that. I cannot control what is being said, what other people say or think. I come here to try to win and to do my best. I don't waste energy thinking about the World Cup not being decided cleanly, "said Hamilton, twelve years older than his rival, who in turn aspires to win his first title in the honors division of motorsport: something he will achieve if he remains ahead of English -or if neither scores- in the Abu Dhabi Grand Prix, which will decide the contest.

"A few months ago we did not think of reaching this last race side by side in the fight for the title; so that in itself is something sensational, because we have culminated an amazing comeback. So I come here thinking about doing my best, without stopping on other things, "said the eccentric and spectacular Stevenage pilot, who explained that between Arabia and Abu Dhabi he spent a few days in Dubai, another of the emirates that makes up the United Arab Emirates United.

"I was training a bit and recovering for this last race," said Hamilton., which after winning the last three races - Sao Paulo (Brazil), Qatar and Arabia - has put the most disputed World Cup in recent years on fire.

The championship has been decided 28 times in the last race. But it had been 47 years, in particular, that two pilots tied for the last test had not arrived.. It was in 1974, when the Brazilian Emerson Fittipaldi and the Swiss Clay Regazzoni reached the United States Grand Prix with the same points, that they chose the world in favor of the São Paulo driver, who was proclaimed double world champion on that occasion.

"This is another World Cup, I don't see it as the most important; I focus on going out to win," said the Englishman; that it thought that with a view to new controversies "the commissioners will have taken the opportune measures".

"Hopefully the stewards are not needed this time and we have a good race, I'm here to do my best race," said Hamilton, admitting that in the "heat of battle, everyone" risks sometimes much more than the due.

"The pilots of Formula One we are a little crazy sometimes, because we always go full throttle; and sometimes we make risky decisions, "said the sevenfold English world champion this Thursday in Abu Dhabi.