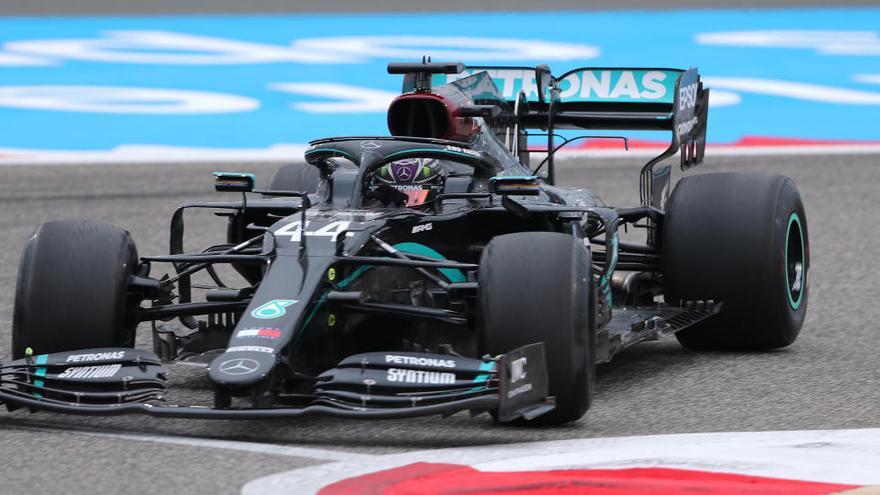 English Lewis Hamilton (Mercedes), who equaled the historical record of seven World Cups F1 by the German Michael Schumacher, it was the best this friday, in front of his Finnish partner Valtteri Bottas in the first free practice for the Bahrain Grand Prix, which the Mexican Sergio perez (Racing Point) finished third; and Spanish Carlos Sainz (McLaren), fourth.

Hamilton, who by achieving his tenth win of the year two Sundays ago in Turkey left the World Cup mathematically resolved in the absence of three tests, in the best of his 40 laps he covered the 5,412 meters of the Sakhir track in one minute, 29 seconds and 33 thousandths, 449 less than Bottas, second in the competition and who gave one more lap than his captain. 'Checo' marked the third time, 967 thousandths of the English, of which he stayed 985 Sainz.

The French Pierre Gasly (Alpha Tauri) signed the fifth time trial, just ahead of the Dutch Max verstappen (Red Bull) in a session that ended with 26 degrees centigrade ambient and 29 on the track; in which it was shot with overcast skies and, sometime even with the threat of rain, in the desert of the archipelago of the Arabian Peninsula.

During the session, which ran without major incidents Except for the spins that starred, among others, Verstappen - third in the World Cup, 27 points behind Bottas - and the Monegasque Charles Leclerc (Ferrari) the intermediate-range compound (C3) tires to be used in 2021 were tested for a few laps.

'Checo' Pérez, fourth in the World Championship, with just one hundred points -70 less than Verstappen- repeated the Sakhir layout 31 times, a fast circuit with fifteen corners and low downforce. The Mexican stayed 967 thousandths of Hamilton and improved by only two hundredths the time of the Spanish McLaren, which gave the same laps as him and ended the fourth half of the trial.

The session was attended by Israeli Roy Nissani, Williams tester, who entered twentieth - and last - in the timesheets, almost four seconds behind the sevenfold English world champion.

The second free trial for the third-to-last Grand Prix of the season, in which it will be shot - as during Sunday's race, scheduled for 57 laps - at night and with artificial light, It will be played from six in the afternoon (four in Spanish peninsular time: 15:00 GMT).

- Time table of the first free practice for the Bahrain GP: