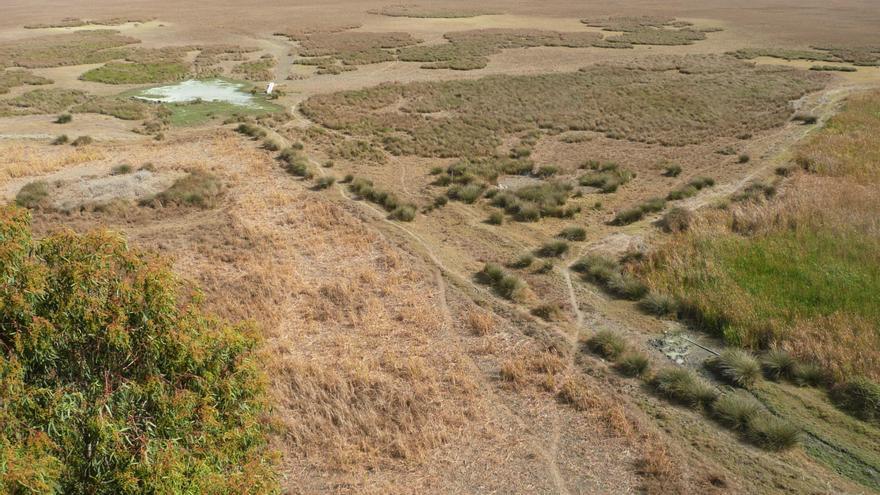 The sentence of the European Justice for the plundering of the water in Doñana is historical, but insufficient. Environmental organizations pronounce on the ruling known this Thursday by which it is resolved, after ten years, that Spain has not protected the natural area of ​​Doñana and that it has failed to comply with European water regulations.

For the WWF and Ecologists in Action groups, the solution to the Park’s deterioration is to end the intensively irrigated crops located in “sensitive areas” and close to the reserve, many of them illegal, which draw water from the natural setting.

“These sentences are never positive because you never want to get there,” explains Juanjo Carmona, a lawyer for WWF, the organization that filed the first complaint with the European Commission. For them, the ideal would have been for the State to “conserve Doñana properly and thus not damage its image.” According to Carmona, this decision “will oblige the Government and the Junta de Andalucía to take the measures that they have not wanted to take voluntarily”.

Likewise, Carmona regrets that this point had to be reached because “we are not capable of conserving a space like this.” The lawyer assures that these legal processes are usually slow and that the Court, in these cases, does not impose fines on the first sentences, but instead orders the states to comply with European regulations.

For his part, Juan Romero, from Ecologists in Action in Huelva, describes the resolution as “insufficient and partial” because “it has not taken into account the historical elements of degradation of the marsh for at least 40 years.” For the organization, the Court of Justice “has only heard the solutions of the Spanish State, the Hydrographic Confederation and the Park.”

Solutions such as a transfer of the Guadiana basin, which “can satisfy agricultural demand”, but would not fix the Doñana problem, which “would remain dry.” This is due to “the amount of irrigation and transformations that are being carried out in Huelva” thanks to a “certain permissiveness” of the Spanish authorities that has led to the current situation.

From Ecologists they are clear: “What you have to do is remove irrigation that is in sensitive areas of Doñana and relocate it compensating farmers,” explains Romero, as well as “reduce the volume of groundwater extraction and declare the aquifer in its totality as a river reserve “.

Currently, more than 105 cubic hectometres of water per year are being extracted from the aquifer for industrial agriculture. “They are absolutely unsustainable levels,” says the environmentalist, taking into account that the experts’ recommendation was not to exceed 30 cubic hectometres per year. In addition, it is estimated that there are 1,600 hectares of illegal crops that extract water from the reserve, which entails a “deterioration of the habitats and a null nesting of species”, according to Romero.

The next step will be “to distribute who has to do what”, because the powers of the natural spaces are of the Board, but those of the water are national. In this sense, the Hydrographic Confederation has issued a report this week confirming that Doñana has been without rainfall above the average for nine years. That is, almost a decade in which the years have been normal or dry. The document also contemplated the worsening of the aquifers in the area, both quantitatively and qualitatively.

The Spanish Ornithological Society, SEO / BirdLife, welcomes the ruling because, according to Roberto González, “justice agrees with all the agents who for years have been denouncing this situation and the measures that have been taken”. For the group, the Court certifies what they consider “obvious facts”, validated by ecologists and by the academic and scientific community.

In this way, for SEO / BirdLife “it is shown that Spain does not comply with the community water and habitat conservation directives”, a fact that has been denounced on several occasions and for which effective measures are expected. “It is a process of extinction,” González denounces, but “the starting point is lost” because this degradation of the natural space is progressive: “the reserve that Doñana was when it was declared a Natural Park no longer exists.”

Regarding the proposed measures, the organization considers that they are “far” from what is intended to be achieved in the regulations, “the contribution of sustainability to the functionality of ecosystems, and that this has a positive impact on the economy, not on the reverse”. According to González, they “don’t even” ask to reverse the situation of a decade ago, “but rather not finish with what remains.”

Overexploitation damages the state of Doñana’s waters, and the State “must carry out a real structuring in the environment, this is not solved by closing wells or bringing water from another site,” they point out from SEO / BirdLife.

For Ecologistas en Acción the “solution is clear and forceful”, but if “partial” measures are carried out, the entity warns: “we could say goodbye to the most important, prestigious and valuable wetland in Europe.”