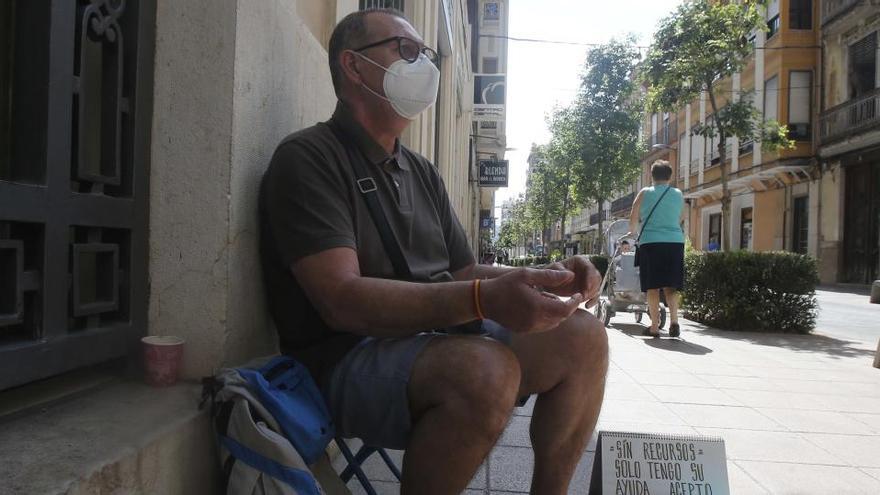 Half of Spaniards -49.3% – are not prepared to face a crisis because they live at the limit of their possibilities, since work does not remove them from the precariousness in which they are installed: people with employment are already the largest group among the poor in Spain.

These are some of the conclusions of the latest report of the European Network for the Fight against Poverty and Social Exclusion in the Spanish State (EAPN-ES), which radiographs the impact of poverty and social exclusion in Spain and by autonomous communities.

“The main conclusion that is obtained from this new profile is that unemployment does not define poverty and that, on the contrary, within it, the largest group of poor people in Spain is that of employed people “, he explained Carlos Susías, the president of this network that includes more than eight thousand social entities. “Either we act on employment or it will be very difficult to act on poverty,” he asserted.

A total of 11,870,000 people, representing 25.3% of the population in Spain lived at risk of poverty or social exclusion in 2019, according to the Arope rate, which measures poverty not only with income, but also includes severe material deprivation and low intensity of employment.

In that photo of poverty, the percentage of children and adolescents increases; that of people with higher education; that of those who live in urban areas; that of retired women and other inactive women, and that of those who have a job, details “The State of Poverty: Monitoring of the European indicator of risk of poverty and social exclusion 2008-2019”.

People who were already in poverty are even poorer, such as migrants, women and single-mother families.

“Poor people are poorer than before the 2008 crisis, without counting on the situation generated by the covid, “Susías warned, who predicts an increase in the coming months” difficult to predict “, although he believes that it could have been greater if the measures applied by the Government had not been adopted, such as the minimum vital income and others in the field of the labor market.

There is also a deterioration in the indicators registered among people with disabilities, which are especially high in severe poverty and low intensity of employment.

The report shows a Spain divided into two halves, in which the regions of the North have low rates of poverty and exclusion indicators and, for the most part, comparable with the most developed countries of the EU.

The autonomous communities located south of MadridOn the contrary, they show very high rates, which can be up to 26 percentage points higher than those in the north. Thus, the lowest rates of the Arope poverty index are in Navarra and the Basque Country, with 11.7% and 14.4%, respectively. The highest are registered in Andalusia and Extremadura, both with 37.7%.

There are more poor and they are even poorer

The amount of money a poor person needs to stop being poor has increased this last year to 29.1%. If on average, a poor person lacked 2,148 euros to stop being so, in 2019 they lack 2,622 euros. “In other words, not only are there more, but they are even poorer “, has asserted the person in charge of the network.

The head of the network has denounced that the 2020 Strategy has not worked, it will not meet the objective of reducing the number of people at risk of poverty by between 1.4 and 1.5 million. “With the current data, it would be necessary to reduce in 2020 by more than 2.5 million people, we are not going to comply,” Susías has predicted.

The female poverty rate is 26%There are 640,000 more poor women than men in that situation.

“When people run out of unemployment fall into poverty, almost half of those who are unemployed end up being poor,” said the author of the report, sociologist Juan Carlos Llano, who highlighted that one in six workers it is poor.

By age, the poverty rate is high among the minors and among young people aged 16 to 29, reaching 27%. On the other hand, it has been reduced, among people over 65, by three percentage points to 14.5%, “probably due to the increase in the average pension to 630 euros per year”.

Having children continues to be an important risk factor for poverty, especially for single-mother families: 46 percent live in a situation of poverty and exclusion.

Half of Spaniards live on the edge

Almost 50 percent of the Spanish population lives within the limits of their possibilities, and just over a fifth of the total (22%) makes ends meet with difficulty or with great difficulty.

“Half of Spain was not prepared for the crisis and a tsunami is coming, such as the covid, and it does not have the tools to deal with that crisis,” said the author of the report.

Spain has the seventh highest poverty rate -AROPE- of all member countries, 4.3 points higher than the EU average. It is also the fourth country with the worst evolution of the rate since 2008.

For the European Network for the Fight against Poverty and Social Exclusion in the Spanish State, the traditional strategies of protection and fight against poverty are insufficient. “It is indecent that some communities are withdrawing resources to address situations of poverty”, for the application of the Minimum Living Income.

“Income does not take people out of relative poverty, but it is a good opportunity to eradicate severe poverty if the communities collaborate” and put in the necessary resources, “Susías concluded.