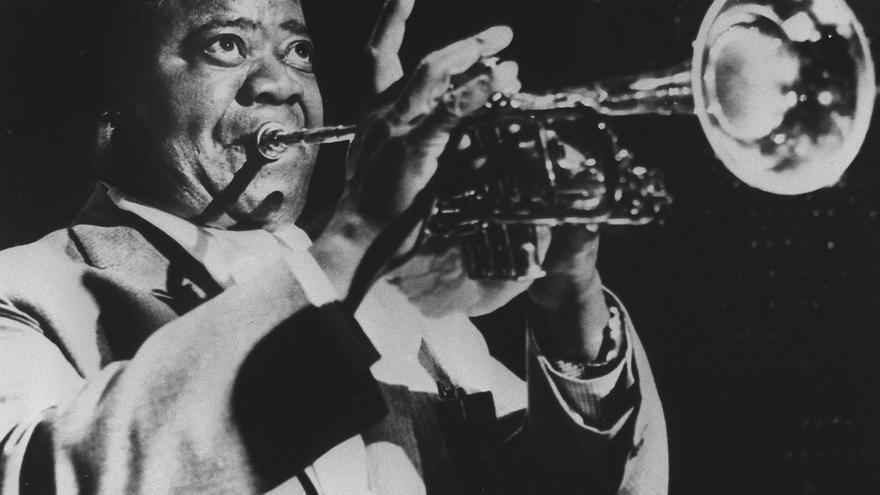 New York, Jul 5 (EFE) .- The legend of jazz, the great popular music star, the cultural ambassador of the United States, maestro Louis Armstrong died on July 6, 1971 at his home in New York, but his style and its wonderful world continue to sound despite the years.

That day, at his home in the New York neighborhood of Corona, the lungs of “Satchmo”, as Armstrong was known, breathed their last and gave life to mythical songs such as “What a Wonderful World”, “West End Blues” or ” Hello Dolly “, which reached number one on the US charts in 1964, surpassing the Beatles.

His home, where he lived with his fourth and last wife Lucile Wilson, and now converted into a museum in memory of the great artist, will offer on July 10 an open day with outdoor activities to remember the legacy of “Pops “as the young admirers of his music called him.

The cornet player, trumpeter and singer was born on August 4, 1901 in New Orleans into an unstructured family in which his mother was forced to prostitute herself to keep going and with an absent father.

During his childhood, mired in poverty, Armstrong spent two years in reformatory (1912-1914) for minor offenses. An experience that would change his life, since there, under the tutelage of Peter Davis, he learned to play the cornet and became the leader of the New Orleans Home for Black Abandoned Children marching band.

After regaining his freedom and willing to become a professional musician, he took his first steps sponsored by the best cornet player in the city Joe “King” Oliver, with whom he would play on the Mississippi river boats and it is said that also in brothels in the Storyville neighborhood .

Here he would forge the foundations that would end up making him the first great jazz soloist, the first singer and the man who practically invented “scat-singing”, the imitation of the sounds of instruments with his voice.

In 1922, ‘King’ Oliver invited him to join his band in Chicago, marking the takeoff of his musical career and the beginning of recordings of his performances.

The records of the second half of that decade, conducted by the Louis Armstrong and His Hot Five quintet, and later by the Hot Seven septet, are considered among the most influential in jazz of all time.

Around that time he also played with the orchestra led by pianist Fletcher Henderson, where he decided to switch to the trumpet.

His career was only stopped by the grim reaper and on his way he left dozens of hits such as – “Blueberry Hill” (1949) or “Mack the Knife” (1955) and collaborations with other jazz legends such as Ella Fitzgerald, Oscar Peterson, Duke. Ellington and Dave Brubeck.

With the latter he would publish the influential album album “The Real Ambassadors” in 1961. In 1967 he recorded one of his most recognizable songs, “What a Wonderful World”, a single written by Bob Thiele and George David Weiss. His lyrics are a hymn to hope in the turbulent American sixties.

Another of the great jazz legends, Miles Davis said referring to the New Orleans master: “You can’t play anything on the trumpet that doesn’t come from him, not even modern shit. I don’t remember a time when playing the trumpet sounded bad. . Never”.

But his career also had its projection on the big screen with participation in about twenty feature films.

On the occasion of the 50th anniversary of his death and the 120th anniversary of his birth, conferences have been organized, documentaries such as “Black & Blues: The Colorful Ballad of Louis Armstrong”, or the musical about his life “A Wonderful World” have been premiered. , and the inauguration of an extension of the Louis Armstrong House Museum in Corona is expected.