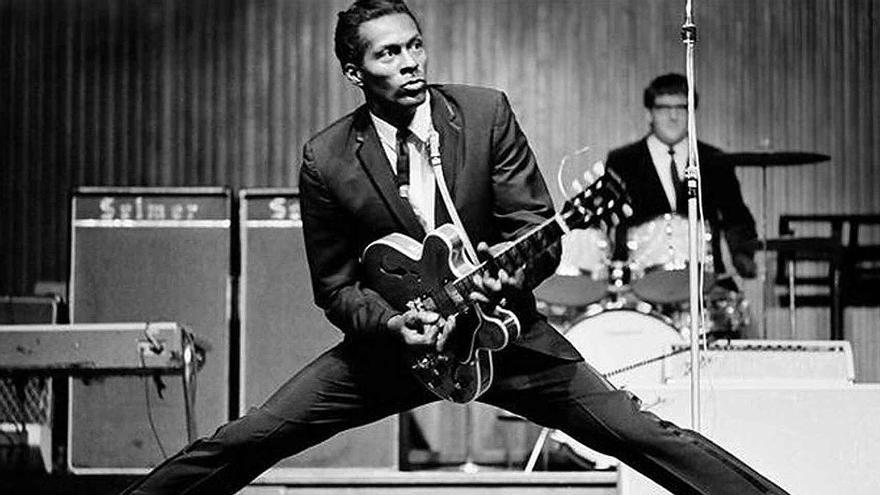 Its geographic location on the right bank of the Mississippi made San Luis a natural nerve center of the first river trade routes, after the railroad tracks that built the sweat and lives of enslaved blacks. River and railroad made the city in the 19th century the Gateway to the West that today symbolizes its iconic arch and, in the 20th, key point on the route of the great migration from south to north that six million blacks carried out before and after the Great Depression. And throughout this history, black music was permeating this land, which had its roots in Africa and which, especially from the beginning of the 20th century, created modern popular music.

San Luis is linked above all to a genre, as the opening in the city just five years ago recalls perfectly. National Blues Museum. But an exhibition these days at the Missouri History Museum dedicated to ‘The Sounds of St. Louis’ helps to open the focus and understand more.

Michael Jackson could be the king of pop but Scott Joplin, a genius of ragtime who laid the foundations of what was to come, can be considered the father of the genre when in his years in St. Louis he wrote compositions like ‘The entertainer’, that melody that more than a century later can hum anyone, especially when you think of the soundtrack to ‘The Hit’.

In San Luis also converged at the beginning of the 20th century a lot of musicians who left rural areas and went to urban centers with a growing population, itinerant geniuses who in many cases made a living in street performances. That is the reality that WC Handy portrayed in ‘St Louis Blues’ and it is the one that lived, acting for pennies on the sidewalks, the girl Freda McDonald, who would end up being Josephine Baker.

As the years went by, the city grew and evolved jazz and the pianos lavished in venues helped give weight to the instrument in its blues, creating the so-called ‘San Luis sound’. Then came a recording industry that popularized what had been a subculture and gave it its commercial place.

I knew Mick jagger Sunday at his first No Filter Tour concert at the Dome what he did when he was quoting Chuck Berry, the closest thing to the patron saint in this city still deeply racially segregated today but just as deeply proud of a musician and music that continues to vibrate in a scene full of venues, from stadiums to small bars, devoted to live performances. And he knew what he was doing too when he mentioned it with Keith Richards.

Few like the guitarist have paid tribute in words and on the strings to the father of ‘Maybellene’ or ‘Roll over Beethoven’, even though in the concert rehearsals for ‘Hail, Hail, Rock and roll’ they both had a clash. And it was Richards who, after the documentary helped bring Johnnie Johnson, the pianist who was central to Berry’s work, into the shadows, launched a campaign that eventually landed him into the rock and roll Hall of Fame.

They are just a few musical illustrious sons of a city with no shortage of totem poles in many cultural fields (here, for example, TS Elliot, Maya Angelou and Vincent Price were born). And in San Luis, for example, the creative whirlwind of the duo that were Ike and Tina TurnerThis is where Jeff Tweedy and rapper Nelly came from.

Today the city maintains some of its iconic blues venues, places like Blueberry Hill where Berry performed hundreds of times or BBs Jazz Blues and Soups, part of an area known as ‘the bluemuda triangle’ and one of the venues that make this city a less professional version of live music than Nashville. And you can hear blues and rock, jazz and punk, classical and rap. ‘Hail hail San Luis’.