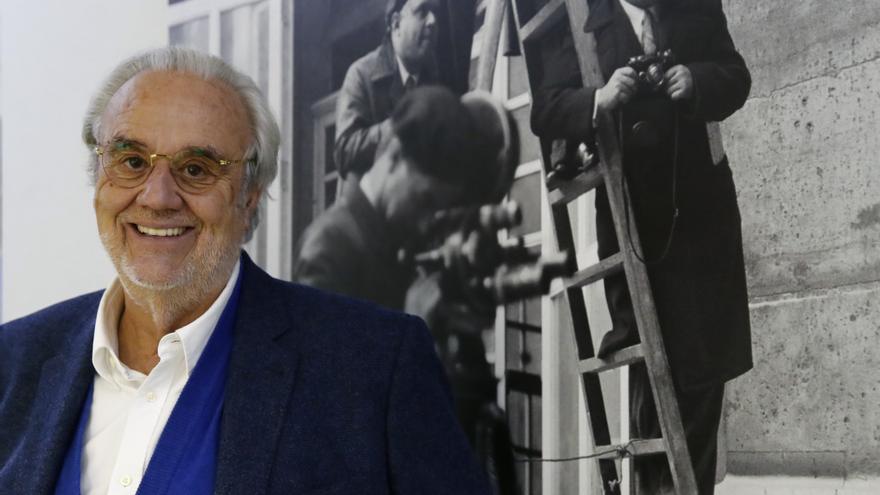 Madrid, Mar 2 (EFE) .- Manuel Gutiérrez Aragón has been dedicated exclusively to writing since 2008; His latest novel, “Filming”, is nevertheless an immersion in the creative process of a film, which the author places at a very difficult moment in Spanish history: the death sentence and execution of Julián Grimau.

In an interview with Efe, the creator points out that he began to write when he “realized, not so long ago,” that the same days that Luis García Berlanga was filming “The Executioner” the communist politician was being tried and sentenced to death.

“Coincidences are never entirely coincidental,” says the writer. “He was the last executed of the Civil War and Berlanga was supposed to do a pink comedy, as a joke, about an executioner and not the kind of pamphlet that came out against the death penalty.”

“Filming” is not only a journey through the entire creative process of a film, whatever the time of filming, but also a traditional novel in which a man from the provinces, such as Gutiérrez Aragón, sets his eyes on Madrid.

A gray and impoverished Madrid by day, the sixties of full Francoism, sad of the guards of the truncheon and literary cafes of meetings crushed by censorship, and bright, colorful, daring and unique at night, he explains.

“In the sixties foreign actors began to come to shoot, they were very handsome and had another life, and the regime tried to reach the international level. The Grimau thing – the writer and filmmaker points out – came down like a bomb that interrupted that process modernizer “.

The scriptwriter Pelayo Pelayo, who carries the thread of the novel, is a kind of alter ego of Gutiérrez Aragón himself, although he nourishes him with experiences and situations that occurred ten years before he was born; in fact, his first film, “Habla mudita”, is from 1973.

Pelayo surrounds himself with friends of the party, some filmmakers like him, among whom Gutiérrez Aragón cites Juan Antonio Bardem or Berlanga by name and surname; protagonists of clandestine meetings that, as happened in reality, sometimes ended up beaten in the cells of the General Directorate of Security.

The star of the film “Rodaje” stars in is a handsome, excessive, funny and very traditional actor named Juan Luis (like Juan Luis Galiardo, Gutiérrez Aragón points out), and almost to the end only 43 pages were written; With the script incomplete, Pelayo writes the rest of the jerk locked up in a brothel.

Images as cinematographic as those that this filmmaker will never stop having in mind, who has not regretted retiring from the cinema because “things have changed”. It was 2008, he remembers, and “something” told him that it was going to be very difficult to continue making the films he wanted; Now, he confesses to Efe that he misses it, because “like the cinema, there is nothing.”

“The people, the technicians, the team, the actors, like that,” he repeats, “there is nothing and the life of the writer is very lonely.”

As a filmmaker, Manuel Gutiérrez Aragón (Torrelavega, Cantabria, 1942), has been the recipient of the most prestigious awards, from the National Cinematography Award, the Gold Medal of the Academy or the Medal of Merit to Fine Arts, to the Silver Bear of the Berlin Festival or various Silver and Gold Shells of the San Sebastián.

He is also a member of the San Fernando Academy of Fine Arts, since 2001 (he joined in 2004) and in 2015 he replaced José Luis Sampedro, who died in 2013, in the F chair of the Royal Spanish Academy of Language.

He retired from the cinema in 2008, after the premiere of “We are all invited”, his 17th feature film, where he portrayed the lives of those threatened by ETA through a story based on real events, and began to win literary awards.

With his first novel, “Life before March”, he won no less than Herralde (2009). That novel was called very premonitory “Life after March”, laughs the Cantabrian, with his 79 years just turned, fed up “like everyone” of the covid and very good health, although in a few days, he tells Efe, he they will remove a kidney stone that, for the moment, is holding because it “does not move.” Then came “Gloria mía” (2012), “When the cold reaches the heart” (2013) and “The eye of the sky” (2018); in 2015 he wrote his tribute to the world of cinema with “To the actors”, a book for which he won the Muñoz Suay award from the Film Academy.