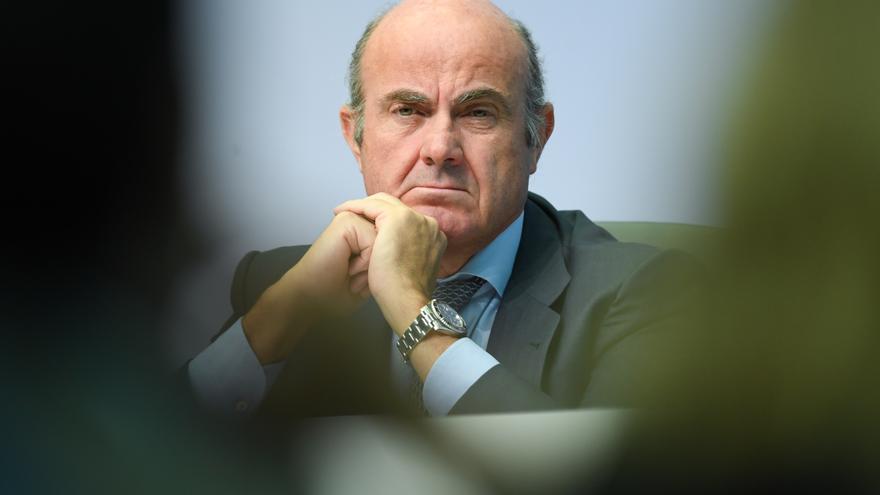 The vice president of the European Central Bank and former Minister of the Economy, Luis de Guindos, insisted this Tuesday that European banks must address mergers “quickly and urgently” to face the coronavirus crisis. According to Guindos, if before the pandemic the need for cost adjustment and elimination of excess capacity in the European banking sector was already “very important,” with the pandemic these actions have become much more essential. “Consolidation is an instrument that can be useful” and “should be carried out relatively quickly and urgently.” “It is necessary to act.”

In a telematic intervention at the conference on The financial system and the Covid 19 crisis. Challenges and commitments, organized by the Association of Economic Information Journalists (APIE) and held at the Menéndez Pelayo International University, Guindos recalled that European banks They have reached this crisis in a “much better” capital and liquidity situation than the 2008 financial crisis, but with profitability that was already under pressure.

Thus, if before the crisis the return on capital was around 6%, with the cost of capital demanded by investors at 10-12%, “at this time the expectations of market analysts say that profitability will be it is below 2% “and by 2021 it will be around 3%, due to the lower income and higher provisions that entities have had to make to cover the risks derived from the great seclusion.

In Europe, the price of the main Europeans has fallen by more than 30% since January, recalled the Vice President of the ECB, who has made it clear that his consolidation recommendation also applies to Spanish banks: although “it has carried out a process of important sanitation “, also” is finding a fall of the GDP more intense than the European average “.

Guindos recalled that after the fall in GDP in the first quarter (3.6%) and the collapse of 12.1% in the second quarter registered in the Eurozone, “since May what we are seeing is a pull in activity that logically goes on parallel with the lack of refinement “. And although a “significant increase in economic activity” is expected for the third quarter, after “very strong” data in July, in August the indicators “have lost some intensity”, as the outbreaks of the virus have soared. in the EU.

In the case of Spain, in August “the improvement has continued but at a lower intensity”, and with less vigor than in other countries, Guindos has warned, who has indicated that a growth rate of 15% in the third quarter as recently projected by AiREF. A rebound that, he recalled, would be insufficient to offset the collapse of the first semester, when the Spanish economy collapsed “slightly less than 23%” year-on-year.

The former PP minister has attributed the intensity of the fall in Spanish GDP to a “multiplicity of reasons”: from the “severity” of the confinement to the structure of the productive fabric, with a high weight of services and, especially, tourism , as well as the predominance of very small companies. But also for reasons “from the regulatory point of view” of the labor or administrative sphere, such as the “sometimes lack of market unity”.

The vice president of the ECB, who has insisted on several occasions on the importance of the European recovery fund to balance the different fiscal space that European countries have, recalled that the recovery from this crisis is being “uncertain, incomplete and uneven”, both by sector (much more vigorous in manufacturing than in services) and by country.

And he has warned that at the European level “it will have structural effects” on economic activity and public debt, with the ratio of GDP “15 or 20 points higher” than before the coronavirus, with an impact also on private debt and with possible effects on the labor market, which “may affect the equity of our societies.”