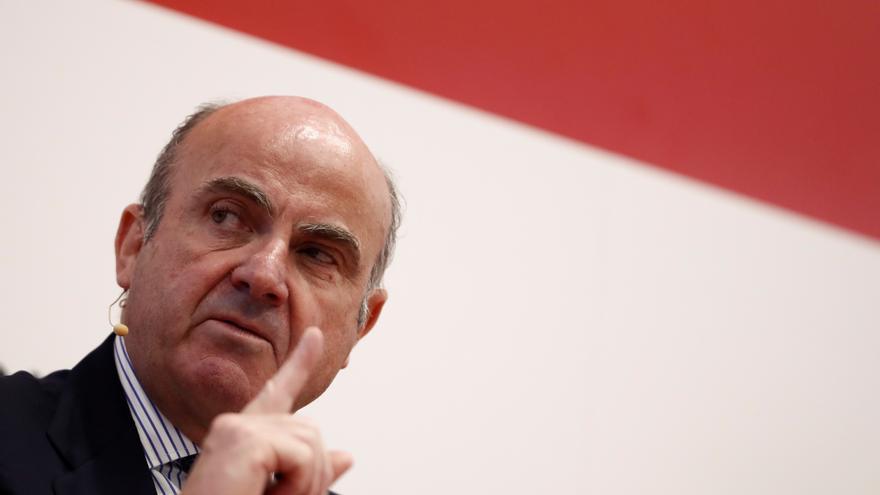 Spanish banks have laid off more than 100,000 workers since the last financial crisis and have closed more than half of their offices. A process that has accelerated this year, in which almost 15,000 workers are expected to leave. This wave of layoffs that the sector is experiencing in Spain and, to a lesser extent, in other European countries has become a tool to recover the profitability of the business. This is how the vice president of the European Central Bank and former Minister of the Economy, Luis de Guindos, understood it, who on Wednesday justified this process to prevent the profitability crisis from becoming a solvency crisis for the banking system.

“In Spain there has been a bank consolidation effect to improve profitability. If it is not improved, in time there will be a solvency crisis”, said De Guindos in his participation in the summer courses of the Menéndez Pelayo International University, organized by the APIE. “If we do not solve the profitability problems there will be solvency problems,” insisted the leader of the European banking supervisor. “This leads to a reduction in excess capacity that should be as painless as possible,” he said.

Guindos has avoided assessing whether Spain still needs new staff adjustments, after all the large banks, with the exception of Bankinter, have submitted an ERE in recent months. “I have to speak at the level of the euro zone”, has been justified. Regarding the mergers and acquisitions that the sector is experiencing, more in Spain than in other countries, he has indicated that “it will continue.” Although, he has conceded that in Spain the level of consolidation is already “very important”.

Guindos has been asked about the situation of the bad bank, known as Sareb. This company, which encompassed the banks’ toxic real estate assets after the rescue, was created by the former minister, with the aim of not having an impact on public accounts. Recently the Eurostat has forced Spain to include the debt of this company, 35,000 million euros, as public debt, which has raised unrest within the current Government and its successor in the Ministry, Nadia Calviño. In the same forum in which Guindos participated, the minister criticized on Monday the “inheritance” of past decisions, in reference to Sareb.

The current Vice President of the ECB has claimed that instrument. “I am not going to go into the inheritance comparison, because it is evident,” said the former minister, referring to the situation of the economy when he took office. “It is a formula that has been used in all bank bailouts”, defended Guindos. “Obviously it has been a fundamental help so that there are no doubts about the banking system,” he emphasized. “Now the debt has been incorporated but that does not mean that Spain has to issue more debt, it also still has a portfolio that it can sell to reduce it,” he justified. “If the Spanish real estate sector is maintained, Sareb will be able to reduce the 35,000 million debt very notably,” he has settled in this regard.

Regarding other matters, the vice president of the ECB has acknowledged that this year there will be a significant increase in inflation in the euro zone, with differences between countries, which may approach 3%. However, Guindos wanted to qualify this growth, pointing out that it is due to “temporary reasons” due to the support measures applied to alleviate the effects of the pandemic.

Guindos, like Airef did in the same forum this week, has urged governments to prepare a path of fiscal consolidation. “It is important that the stimuli still accompany the recovery,” he conceded, assuring that this review of public accounts should not yet be undertaken. However, it has warned that there is a considerable increase in debt and deficits due to these stimuli. “It is important that the increases in spending that are taking place do not become structural,” he assured.