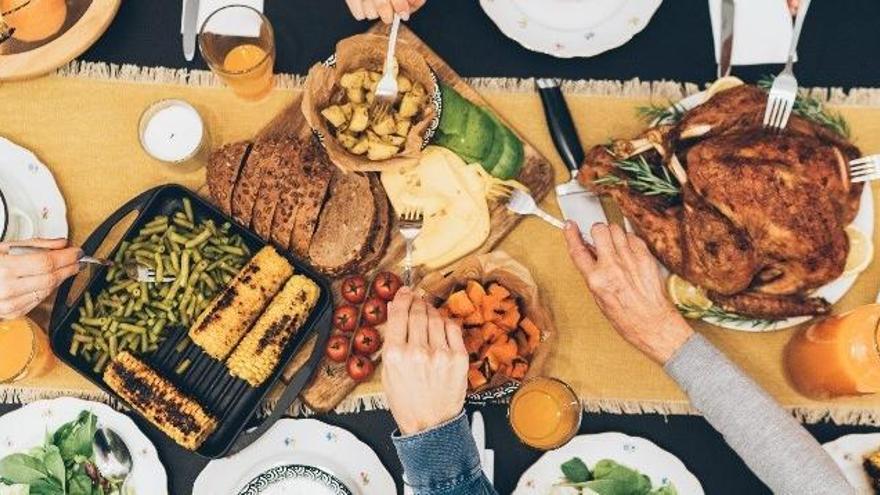 The conspiracy theories and hoaxes are already part of Christmas customs And although family gatherings will be different this year, we may want to refute them if they show up at our dinners again, something we can do with the clues that science gives us.

Before jumping like a spring somewhere between prawns and roast lamb, when a sentence seems too serious to be left unanswered, it can be useful to know how those who believe in hypotheses without any scientific basis and feel a sense think. special need to spread them.

In an area of ​​knowledge in which much remains to be explored, some research suggests that the human brain has a natural inclination to believe in such theories and that people reinforce our previous ideas when they contradict us.

In the event that one wants to enter into a debate, it should be noted that rational arguments are less effective than emotional ones and that rhetoric and education are important, not only to preserve the peace before the polvorones, but also in achieving the difficult goal of convincing the other.

Why do we believe in conspiracy theories?

The human brain tends to create causal relationships between elements even if they do not exist, for which it can make isolated events connections. "One of the reasons why conspiracy theories appear periodically is our desire to impose structure on the world and our incredible ability to recognize patterns," explains researcher Mark Lorch in a 2017 article published in The Conversation and reproduced in Spain by El País.

This professor of Chemistry and Communication Sciences at the University of Hull, in the United Kingdom, believes that the responsibility lies with "some evolutionary neurological mechanisms not too advanced"leading us to see" non-existent cause-and-effect relationships - conspiracy theories - everywhere. "

In addition, we are prone to maintaining positions that are the majority in our social group, as shown by various studies since the 1950s, so there is an increasing probability that we will accept a hypothesis as true the more people around us believe in it.

Starting a debate with someone who defends a myth based on falsehoods is a personal decision that depends on many factors. Among these circumstances is the fact that, as institutions and scientists insist, misinformation is dangerous because it affects the decisions we make in matters as sensitive as health, something that has been revealed during the pandemic.

"Science is important," said the Secretary General of the UN, Antonio Guterres, in a video message broadcast on September 29 after the one million deaths were reached by the covid-19 throughout the world and in which he also sentenced: "Disinformation kills".

The World Health Organization (WHO) explains that the "fraudulent" study that in 1998 raised the possible relationship between the MMR vaccine (measles, mumps and rubella) and autism "created a state of panic that produced a decrease in immunization rates and subsequent outbreaks of these diseases. "

Can you convince a denier?

The difficulty in engaging in a rational discussion with a conspiracy theorist is the limited chance of success for him to alter his views.

Scientific research continues to deepen the knowledge of how the brain processes information that receives and the motives that lead human beings to establish their belief systems.

A study published in September 2019 in the journal Nature Human Behavior by psychologists Philipp Schmid and Cornelia Betsch, from the University of Erfurt (Germany), questions the influence of the so-called boomerang effect or "backfire".

That denomination describes a cognitive bias observed in people according to which whoever receives arguments contrary to their opinions ends up reinforcing their beliefs. After the publication of this work, science reflects on the importance of this boomerang effect, taken for granted until now.

However, it is widely considered that making rational arguments based on data and verified facts is less effective than using messages that appeal to the emotions.

Tips for debating a conspiracy theorist

1.- Address with respect to the interlocutor. Addressing the interlocutor with whom you are debating with politeness and respect is not only a good technique to avoid generating rejection among those attending the discussion, but it can also help in the objective of persuading them to change their mind.

2.- Start with a point of agreement. Within the strategy of avoiding the boomerang effect, several experts, including Mark Lorch, propose to start with a point of agreement and from there try to moderate the opponent's judgments. Based on this principle, a study signed by a team led by Matthew Hornsey, from the University of Queensland, in Australia, raises the need to align with the previous beliefs of the defenders of anti-scientific postulates to achieve more efficient changes than with confrontation. The authors of the research have called this technique "jiu-jitsu persuasion", in an identification with the martial art that uses the force of the adversary against him.

3.- Let the opponent fall into his own contradictions. Another proposal put forward by the experts is to ask for explanations about the logical process that has led to the contested conclusions, encouraging those who defend them to fall into their own contradictions and expose the weakness of their speech, which ends up leading to more positions. moderate. This technique is based on the theory of "the illusion of understanding", which, formulated in a context of political opinion by a group led by Philip Fernbach, of the University of Colorado Boulder (United States), maintains that people know less about what you believe about the causes behind your most polarized judgments.

4.- Reveal the traps in the denialist discourse. Although Schmid and Betsch's work focuses on strategies for rebutting deniers in public debates, some of their conclusions can be applied in the family setting. Thus, the study emphasizes that it is "effective" to highlight the rhetorical techniques that deniers always use -such as, among others, resorting to false experts or the interested selection of data- to convince those who listen of the deception they represent.