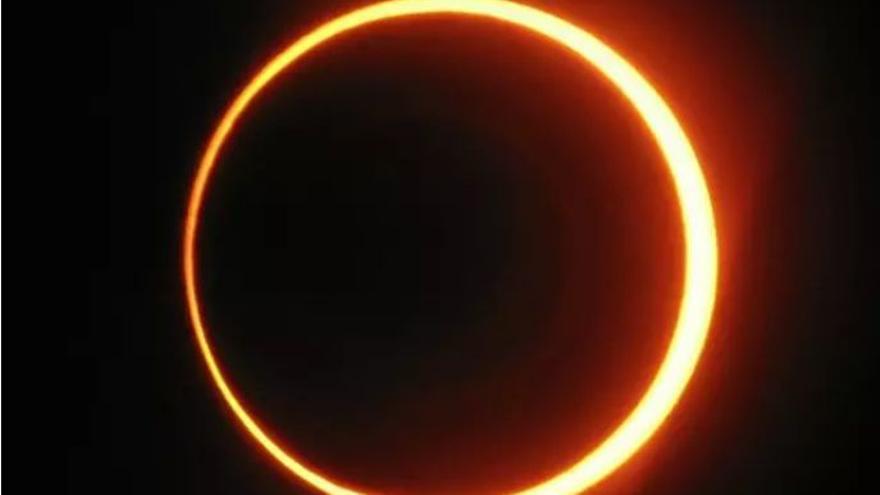 On Thursday June 10 there will be an annular solar eclipse. That morning, visible in much of the Northern Hemisphere, the Moon will pass right in front of the Sun, erasing up to 38% of its disk.

A solar eclipse occurs when the Moon comes directly between the Sun and Earth. But this time the disk of the Moon will be a little smaller than that of the Sun, leaving a bright ring around the lunar silhouette, so it will not be a total eclipse where everything will go dark. Eclipses like this are called annular because of the ring of solar brightness visible in the middle of the eclipse.

The central path of the solar eclipse will start at sunrise in Ontario (Canada), then proceeds through Hudson Bay and Baffin Island, then through eastern Greenland, to then go to maximum eclipse totality at Nares Strait, which runs through Ellesmere Island west of the Strait and east of Greenland. Later it will be by the north pole.

Finally, the corridor with annular visibility reaches the New Siberian Islands and the Republic of Sajá two hours after the start of the phenomenon. In Europe the solar eclipse will be seen partially.

It can also be enjoyed from Spain, although not in its maximum splendor. According to experts, this phenomenon will be partially visible from the Peninsula for about two hours, between 11 a.m. and 1 p.m. on Thursday, June 10.

The Royal Astronomical Society (RAS) has warned that, during the eclipse, it is extremely dangerous to simply go out and look up to see it. The sun is so bright that just looking at it can blind the observer, so you will need to prepare beforehand. There are several ways to observe it safely, using both everyday materials such as telescopes or binoculars.