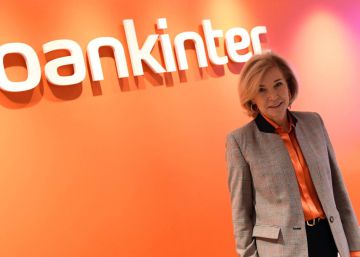 The drought of new securities in the Spanish stock market will come to an end in the coming days as Línea Directa Aseguradora, a Bankinter subsidiary, will go public tomorrow. It is the first premiere that takes place this year on the Spanish Stock Exchange and the second since the crisis caused by covid-19 began since last year only the renewable Soltec dared to debut in the Spanish market.

Who goes public: LDA is a company founded 26 years ago by Bankinter and Bank of America to sell insurance directly by telephone and internet. Over the years it has become the absolute leader in direct insurance, reaching a 7% share in car insurance, and has started selling home and health insurance policies. Last year it had premium income of 898 million euros and achieved a net profit of 135 million euros. Línea Directa will thus be listed on the Stock Exchange and will no longer be a subsidiary of the entity led by Dolores Dancausa, although the bank will retain 17.4% of the capital after the distribution of 82.6% of the capital.

Listing formula: The listing is one of the methods that companies can use to go public, such as IPOs and OPS. The main difference is that in the listing, the companies go public without any share changing ownership until the company is already listed on the Stock Exchange. Only once the company starts to list its former owners do they start selling shares.

Buy on the Stock Exchange: Before the security is released on the Stock Market, investors who are interested in buying shares will not be able to do so until such time as Línea Directa does not become a listed company.

Being from the Ibex for a day: Línea Directa will debut on the Stock Market and also on the Ibex. But for a technical reason. The goal is for funds that track the index to be able to do so without problems. Each Bankinter shareholder will receive a share from the insurer, and the logical thing would be for the ETFs and index funds that replicate the Spanish selective to sell Línea Directa on the 28th, but it is impossible, given that the insurer is not yet listed. The committee of wise men that decides the composition of the Ibex grants them on the 29th so that they can get rid of those titles. This may work against the launch of Línea Directa in the event of an eventual avalanche of sales orders (flow back, in the jargon). The Technical Advisory Committee decided that it will make a double adjustment in the composition of the Ibex tomorrow, the 29th, to facilitate the operation of index funds: include 898.87 million Línea Directa shares in the index and discount the value of those shares from Bankinter's price. Titles. In this way, that day the index will be made up of 36 stocks. One day later, its composition will return to its usual state: 35 values.At the close of the session on April 29, Línea Directa will be excluded from the Ibex 35, with which the selective will once again have 35 values ​​as of April 30 .

Capitalization: The Línea Directa securities will start trading at 1,318 euros, which will imply a valuation of 1,434 million euros. Bankinter will distribute 82.6% of the insurer, whose main shareholder will be the one who is Bankinter's first partner: Jaime Botín, through his company Cartival, in which his children also participate. The investor will hold 19.15%, while Bankinter will retain 17.4% and Fernando Masaveu, 4.37%. The remaining 59.06% will be freely traded on the market.

Dividend policy: As a Bankinter subsidiary, the company has always dedicated more than 80% of its profits to reward shareholders. When it is already listed on the stock market, it has agreed to distribute more than 70% of the profits, which will place it as one of the listed companies that offers the best dividend yield. “It will offer between 6% and 7% return per dividend, which is very attractive these days. Even more so if we take into account that Línea Directa has great certainty in its income and with good prospects for future growth ”, points out Ignacio Cantos, director of variable income at Atl Capital.

Other premieres: After Línea Directa, the market expects new debuts. Ecoener will hit the floor on Friday and in the next few weeks the premiere of another renewable one, Opdenergy, is expected, which is expected to ring the bell on Friday of next week. The green subsidiaries of Repsol and Acciona are also in the chapel.