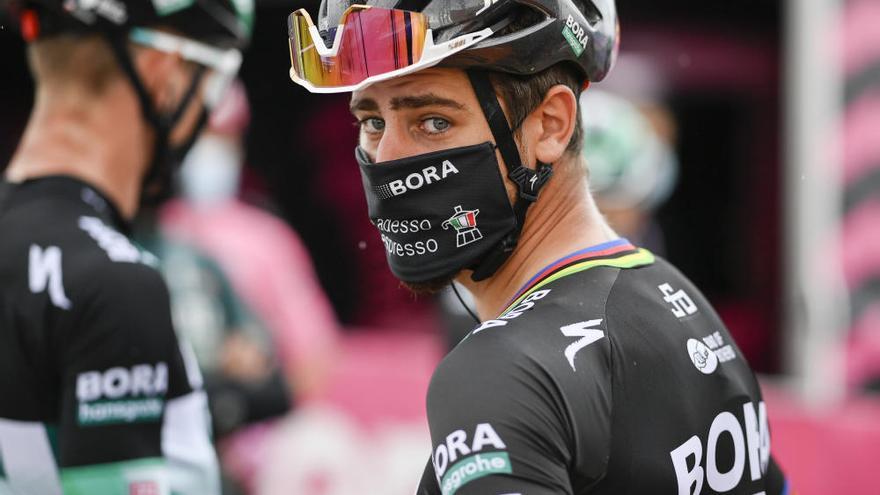 Portuguese Ruben Guerreiro (EF) beat Spaniard Jonathan Castroviejo (Ineos) to the sprint this Sunday in the ninth stage of Italy spin, on a 208-kilometer route between San Salvo and Roccaraso, in which the also Portuguese Joao Almeida (Deceunick Quick Step) kept the pink jersey.

Guerreiro, what he had escaped with Castroviejo after 40 kilometers, added his first victory in a great lap, by triumphing in the sprint ahead of the Spaniard with a final time of five hours, 41 minutes and 20 seconds.

In the general classification, Almeida managed to defend his pink jersey, with 30 seconds of advantage over the Dutch Wilco Kelderman (Sunweb), second, and the Spanish Pello Bilbao (Bahrain Merida), third.

After giving themselves a day of competition with softer rhythms this Saturday, the favorites faced this Sunday a high-demand mountain test, with 4,000 meters of total elevation gain, four ports and, all of this, made difficult by cold temperatures and rain.

The usual initial break was not missing, this time with eight riders, including Castroviejo, Guerreiro or Argentine Eduardo Sepúlveda (Movistar), who attacked at 40 kilometers and reached a maximum advantage of six and a half minutes.

Sepúlveda paid for the waste of energy and got off the hook 30 kilometers from the finish line while Guerreiro and Castroviejo followed in a group of five, completed by the American Lawrence Warbasse (AG2R), the Danish Mikkel Bjerg (UAE), the Swiss Kilian Frankiny (Groupama) and the Australian Ben O’Connor (NTT), which managed to stay ahead until the Roccaraso climb, with 9.6 kilometers with slopes of 5.7% and summits of 12%.

The platoon had a maximum delay of six and a half minutes and just under four minutes at the beginning of the final climb, with Nibali’s Trek Segafredo controlling the pace, with Almeida glued to the Italian’s wheel.

Castroviejo had strength in his legs, changed pace six kilometers from the end and he escaped chased by Guerreiro, with whom he opened an intense final fight in the last climb, with slopes of 12%. The Biscayan runner, five-time Spanish champion and 2016 European time trial champion, exchanged glances with Guerreiro in the last kilometer, waiting to open the decisive attack.

Finally It was the Portuguese who managed to win the sprint and crossed the finish line eight seconds ahead of Castroviejo, giving him time to raise his arms to the sky. Third place was Bjerg, who arrived with a delay of 58 seconds, while, in the general classification, Almeida managed to hold on to the front after a highly demanding stage, with Kelderman attacking second position, ahead of Bilbao.

Classification of the ninth stage