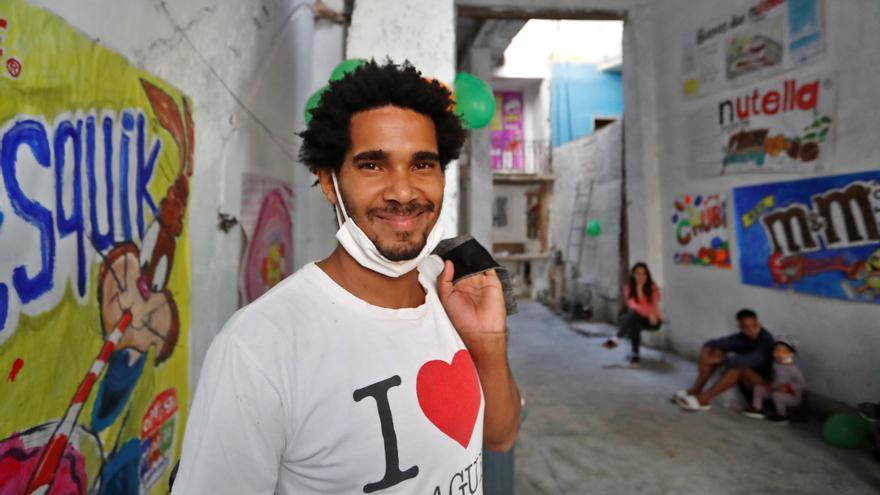 Havana, May 24 (EFE) .- Recognized contemporary Cuban artists requested this Monday the withdrawal of their works from the Museum of Fine Arts in Havana in protest against what they consider “kidnapping” of the creator and dissident Luis Manuel Otero Alcántara, admitted and incommunicado in a hospital for three weeks.

THE DEMANDS OF THE ARTISTS

The group demands that its works exhibited in the permanent and temporary exhibition rooms of the National Museum of Fine Arts “be covered in such a way as to impede their communication with the public and that those that are not exhibited “as long as three demands set out below are not met.

These are the immediate release and return home of Luis Manuel Otero Alcántara, the guarantee of access to his relatives to check his health, and the elimination of the “police fence” to which the Government subjects the artist.

“We decided to release it with six names and other artists are joining,” Tania Bruguera, known for her political interpretations, told EFE for having participated in events at the Tate Modern in London and the Museum of Modern Art (MoMA) in New York. York, and for having been under house arrest in Havana for more than three months.

Bruguera assured that some of the signatories have a good relationship with the Museum of Fine Arts, so he hopes that its director “stands in defense of the artists, since the Ministry of Culture has not done so.”

However, until now the Cuban state and its institutions have limited themselves to accusing critical artists of carrying out subversive activities financed by the United States.

Luis Manuel Otero Alcántara, 33 years old and declared a “prisoner of conscience” by Amnesty International, was admitted to the Calixto Garcia hospital in Havana on May 2, after declaring a week on a hunger and thirst strike to protest the constant police harassment and the destruction of several of his works.

Organizations, activists and close associates of the opponent have been demanding his release for days, considering that he is being held against his will in the hospital, where a strong security device is deployed and he is not allowed to make phone calls, connect to the internet or receive visits from your partner and friends.

In recent months, the artists’ collective has been the most protesting against the Cuban government, whom they accuse of not respecting freedom of expression and silencing critical voices with repressive tactics.

These critical artists are organized in the 27N Movement, articulated after on November 27 of last year more than 300 figures from the cultural field and supporters peacefully gathered in front of the Ministry of Culture to demand freedom of expression and creation, and the cessation of the police harassment.

Artists, activists and independent journalists have denounced in recent months an increase in repression that includes police surveillance, acts of repudiation, arbitrary detentions and house arrests without having committed any crime.