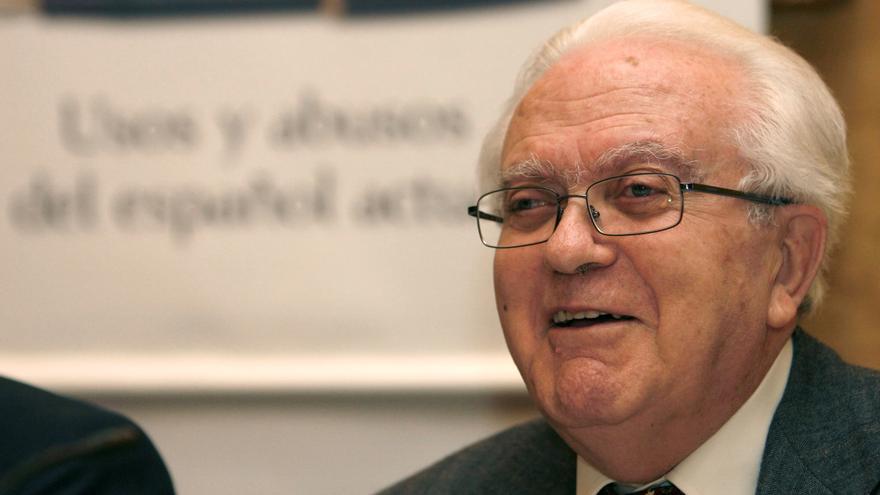 Madrid, Dec 26 (EFE) .- The philologist, dialectologist and literary critic Gregorio Salvador, a world reference in lexicology and who was deputy director of the Royal Academy of Language (RAE) from 2000 to 2007, died this Saturday at 93 years old, as the writer Arturo Pérez-Reverte has announced through his Twitter profile.

“He has just died, sitting at home and surrounded by books,” reported the author of “Captain Alatriste” in a message in which he refers to his former “godfather” in the RAE as “the last still active one of the truly great, the perfect academic. ”

In a subsequent message, the RAE mourned the death of Salvador, one of its full-time academics, and conveyed its condolences “to his family, friends and fellow academics.”

Salvador (Cúllar, Granada, 1927) was an expert in lexicology and dialectology and had occupied the letter q since February 15, 1987, when he took possession of his chair with a speech that dealt with precisely that letter and to which he responded, on behalf of of the corporation, Manuel Alvar.

Before being deputy director of the Academy, he held the position of librarian and held the presidency of the Association of Academies of the Spanish Language (Asale) between 1992 and 1998.

Doctor in Romance Philology, he was professor of Spanish Language at the Autonomous and Complutense Universities of Madrid and of Historical Grammar in those of La Laguna and Granada. The latter two named him doctor “honoris causa”, a distinction also awarded by the University of Alcalá de Henares.

It also had, among other recognitions, the Grand Cross of the Civil Order of Alfonso X the Wise (1999) and the Medal of Andalusia (2010).

He was the author of a dozen philological works, including the “Linguistic and Ethnographic Atlas of Andalusia”, in collaboration with Manuel Alvar, as well as “Semantics and Lexicology of Spanish” (1985), “Dialectological Studies” (1987) and “The Spanish language, today”, in collaboration with the also academic Manuel Seco (1995).

Salvador was also the one who replied to Arturo Pérez-Reverte in his entrance speech in 2003, hence the words that the writer dedicated to him as a souvenir: “He was my godfather in the RAE, and one of the men to whom the most I wanted and respected in my life. ”