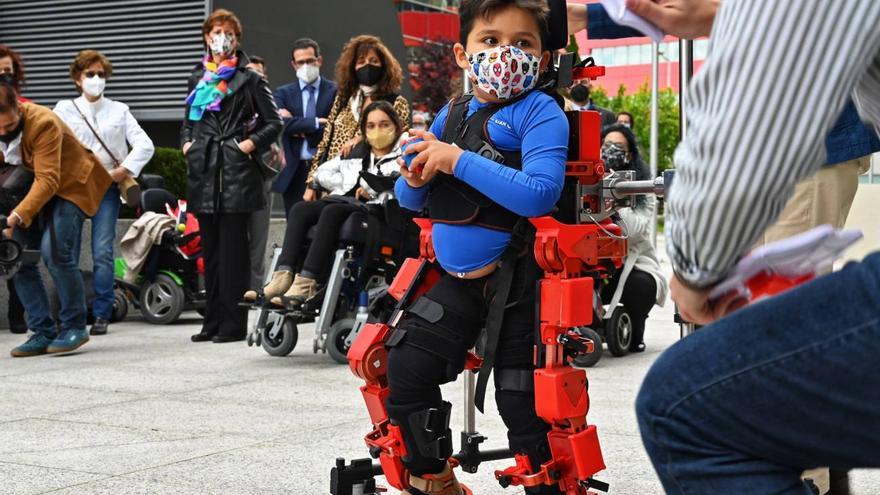 After more than a decade of research and testing, the world’s first pediatric exoskeleton has received the CE mark, a ‘passport’ that guarantees compliance with EU directives and will allow this robotic device to pass through laboratories and trials. clinics to hospitals and rehabilitation clinics.

The exoskeleton, which helps children affected by spinal muscular atrophy and cerebral palsy walk, has been developed by Elena Garcia Armada, researcher at the Center for Automation and Robotics (CAR) of the Higher Council for Scientific Research (CSIC) and co-founder of the company Marsi bionics.

The granting of the European certificate to the ATLAS 2030 pediatric exoskeleton was announced yesterday at the headquarters of Marsi Bionics, in Madrid, and was attended by the Minister of Science and Innovation, Pedro Duque; the president of the CSIC, Rosa Menéndez, and Elena García Armada, as head of the project.

According to García Armada “the clinical success of ATLAS lies in its technological innovation, since its 10 joints have the ability to interpret the intention of movement of the patient in a non-invasive way and respond to this intention in each step”.

It also “allows you to work passively, generating a specific gait pattern for each patient. This allows you to carry out comprehensive muscle therapy in a playful way with the child and the family that is much more motivating and effective,” adds this engineer.

During its development and multiple clinical trials in referral hospitals, its intensive use has been shown to delay all musculoskeletal complications associated with spinal muscular atrophy and cerebral palsy.

Help the patient to walk

The CE marking will allow ATLAS 2030, weighing 12 kilos and made of aluminum and titanium, to continue fulfilling its function of helping the patient to walk, in some cases for the first time, to mitigate or delay muscle atrophy, says the CSIC in a statement.

The badge also means confirming a success of the knowledge transfer process. This project was born as an investigation in the CAR of the CSIC and the firm Marsi Bionics has been the vehicle for its development, to verify its clinical utility and to put it on the market. This closes a virtuous circle where public research ends up achieving a milestone as important as the commercialization of the world’s first infant exoskeleton, say those responsible.

García Armada highlighted the importance of this historic day both for his company and for families with children with neuromuscular pathologies: “We are not only talking about the milestone of being pioneers in the application of robotic technology to children, but our success, It is fundamentally so because we are going to be able to be useful and help to have a better life for 17 million children in the world. ”