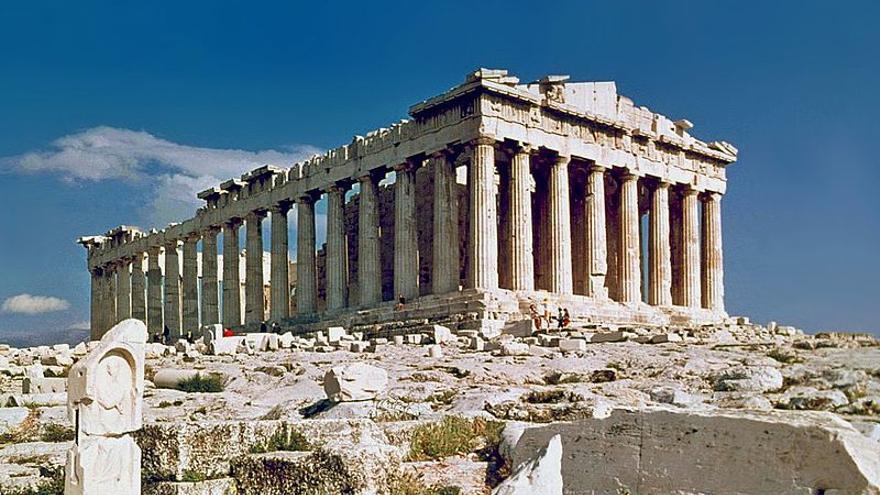 The Greek Prime Minister, Kyriakos Mitsotakis, took advantage of this Monday to request the return of ten fragments to the Acropolis Museum, until now exhibited in the National Archaeological Museum, and thus send a resounding message asking for the return of all the sculptures of the Parthenon.

"The reunification of the Parthenon Sculptures is not a question of distance because, whether they are here in Athens or anywhere else in the world, your destination can only be the Sacred Rock (the Acropolis) and this great museum "Mitsotakis pointed out from the Parthenon Room.

The prime minister stressed that the return of the pieces found in the British Museum "It is a request from UNESCO and a request from the majority of public opinion in the UK as well."

Mitsotakis added that it is about a matter that the British Prime Minister "personally understands", Boris johnson, with whom he exchanged views at their recent meeting.

Regarding Johnson, he stressed: ¨Having himself received classical studies and being an amateur of ancient Greece, I'm sure it won't block any possible future deals, lifting any possible political obstruction. "

"If necessary," Mitsotakis concluded about Johnson's predisposition. modifying UK museum law to facilitate the reunification of the Parthenon sculptures¨.

The ten fragments installed today along with the rest of the pieces, hitherto preserved in the National Archaeological Museum in Athens, come from the Friesian, the metopes and pediments of the Parthenon.

One of them, the upper part of a young head, is connected with the figure of the second left supervisor of the Panathenaic procession, represented on stone VII of the eastern frieze and it is the only authentic stone fragment in the Acropolis Museum, since the rest is in the Louvre Museum, in Paris.

The Greek Minister of Culture, Lina Mendoni, present at the event, stressed that the return of these pieces is not only symbolic, but also "absolutely essential", as part of Greece's fight for the repatriation of all the Parthenon sculptures.

At the beginning of the 19th century, the marbles traveled to the United Kingdom when the British ambassador of the Ottoman Empire, Thomas Bruce, better known as Lord Elgin, who defined himself as a lover of antiquities, he got permission from the sultan to take part of the metopes and the interior frieze of the Parthenon.

He sold it to his Government for 35,000 pounds and since 1939 these jewels have been exhibited in the British Museum, while the Acropolis Museum only exhibits copies.