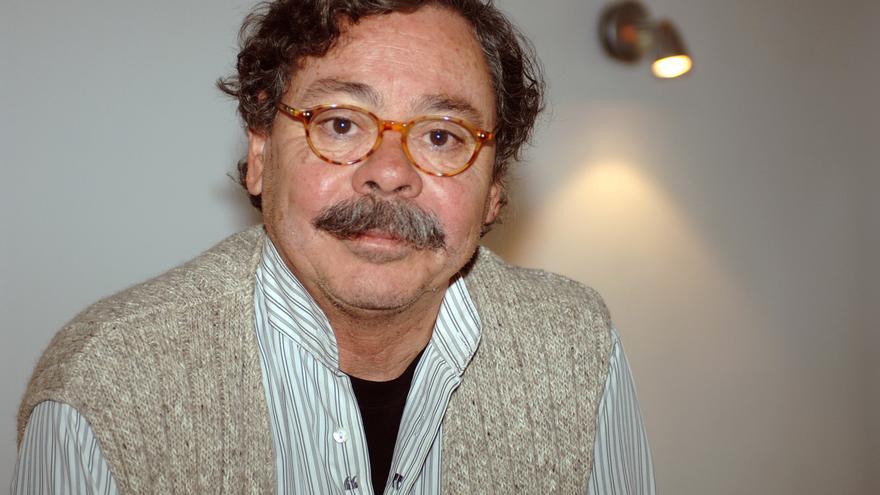 Madrid, Feb 10 (EFE) .- The artist Alberto Corazón, one of the most renowned Spanish graphic designers, has died in Madrid at the age of 79, sources close to him have informed Efe today.

Born in Madrid in 1942, Corazón renewed the panorama of Spanish design, in the first years of democracy, designing the corporate identity of ONCE, National Paradores, the Junta de Andalucía, Comunidad de la Rioja, Junta de Extremadura or that of the Ministries of Health and Culture or the MOPU. When he finished his university studies, which he combined with learning to draw and paint, he founded the Ciencia Nueva publishing house, together with a group of friends, and began professionally in graphic design.

In 1973 he created Alberto Corazón editor, which lasted only two years, and in 1975 he founded and chaired Investigación Gráfica SA, a center specializing in Corporate Identity Design. This company developed in 1981 the first Corporate Identity program made by a Spanish bank (Banco Urquijo), and a Spanish company (Okal Laboratories). 1989 National Design Award, his other designs are the logo of the General Society of Authors (1989), a campaign for Acnur Spain (1995) or a line of ATMs for Caja de Madrid (1996).

As an industrial designer, he is the author of well-known works such as the DOMO telephone and the Cercanías public equipment (RENFE), among many others. He has designed posters for political and cultural events such as the Madrid Autumn Festival programs, as well as covers for some of the Espasa-Calpe collections.

His creations have been exhibited in Madrid, Barcelona, ​​Valencia, Milan, Paris, Frankfurt and Berlin, while his work for foreign companies has been distinguished with the annual awards from the professional associations of Italy, England, Germany and Spain.

In 1976 he was invited by the International Committee to exhibit at the Venice Biennale together with Tàpies and the Equipo Crónica, and in 1978 the Paris Biennale invited him to exhibit at the Petit Palais together with Antonio Saura. In 1979 he exhibited at the Alexander Iolas Gallery in New York and ended the conceptual period that he groups together in an anthological project called "Leer la Imagen".

The only European designer who has received the Gold Medal from the American Institute of Graphic Arts, the most important international award in the area of ​​Visual Communication, is in possession of the Arts Director Club of New York awards (1970); from the British Design and Arts Direction in London (1973); the LAUS 1988 and 1991; that of ADG-FAO of Barcelona (1973); the Aliance Award that the Council of Europe has awarded to very few designers around the world; the Juventas for the best designer of the year 1985; the Montblanc a la Cultura in 1988; the FAD medal (1992); the "El temps" award for Design 1995; or the gold medal from the Design Council International (1991).

In 2002 an anthological exhibition of painting and sculpture of his work toured the main Spanish museums and in 2003 he participated in the Spanish Art Abroad project, for which he presented his work in the Middle East, Syria, Jordan and Iran.

One of his most representative last works has been the design of the new website of the National Library presented in May 2006, the year in which a month before he was elected a member of the Royal Academy of Fine Arts of San Fernando.

The designer, who has expressed his need to write his reflections and perceptions in a notebook, compiled some of these notes in the book "A look in words" (2008). EFE