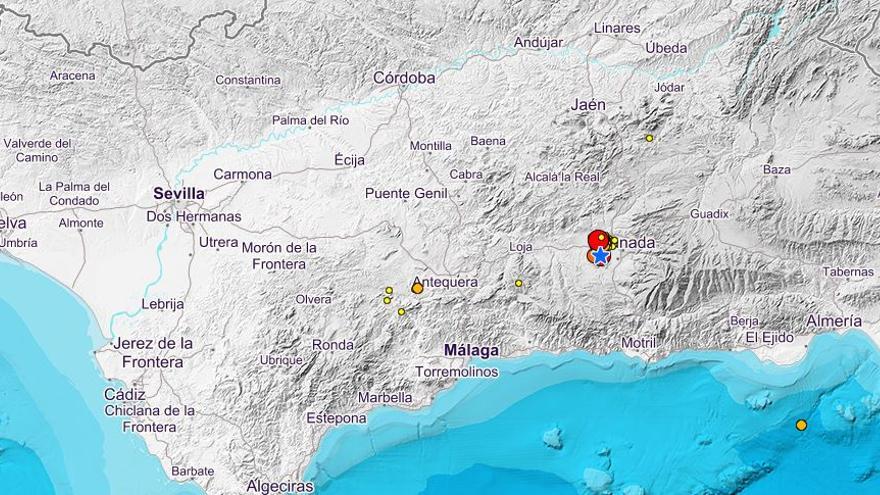 An earth tremor was felt this Tuesday around 10:30 p.m. near the town of Santa Fe, a few kilometers from Granada capital. The earthquake, of initial magnitude 4.3 according to the National Geographic Institute (IGN), has been followed by at least four aftershocks of magnitude between 3.5 and 2.2.

At the third reply, many residents of these towns and the capital – skipping the curfew imposed by the coronavirus pandemic – have taken to the streets, worried that the situation could get worse. “Tonight we are going to sleep little,” said a neighbor of the Paseo de Ronda in the capital, on Cadena SER. So far no material or personal damage has been reported.

Photos are circulating on social media showing some damage to the capital’s road, but for now it is impossible to confirm the veracity of said damage.

This new earthquake, in an area of ​​high seismicity, has even been felt in other provinces such as Córdoba and Malaga. Since the last few days, and also in the last hours, the Artafe and Vegas del Genil area has been registering tremors.

“The tremors do not stop these days in the province of Granada and tonight several aftershocks have just been produced, some have also been felt in Malaga. Very aware of their evolution,” the president of the Junta de Andalucía, Juan Manuel Moreno, has tweeted Bonilla.

Experts attribute the recent seismicity in the Vega de Granada to the continuous approximation of 4 to 5 millimeters per year between the Eurasian and African plates. Specifically, to the sudden release of the energy accumulated in the faults due to this movement between plates, reports Europa Press.

The periods of greatest seismic activity, such as the current one, correspond to swarms, with numerous earthquakes of different magnitudes in nearby locations. They are triggered when the activity of a fault produces a domino effect and triggers the activity of other nearby faults, as explained this week by the researcher at the University of Granada Jesús Galindo-Zaldívar.