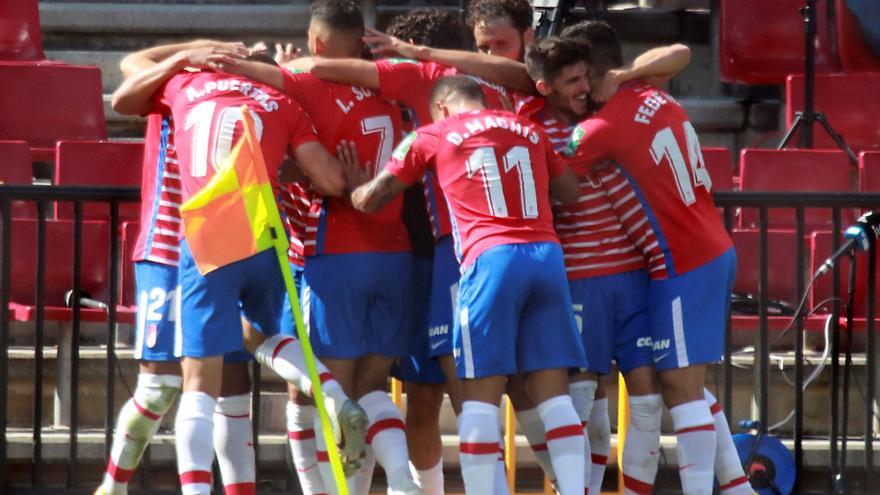 He Pomegranate they beat Sevilla 1-0 this Saturday at the Estadio Nuevo Los Cármenes, allowing them to prolong their good form and position themselves at the top of the standings by adding this campaign four wins in a row at home, while the defeat means for the Hispanics to end a streak of 18 games in a row without losing in The league.

A goal from Venzolan Yangel Herrera in minute 82 gave the victory to the Granada team, who dominated in the second half after an even first half that was marked because the visitors were outnumbered just before the break when Joan Jordán was expelled after seeing two yellow cards in just one minute after making paths fouls.

The first quarter of an hour of the match was frantic, with the Pomegranate trying to harness his set pieces power in good chances from Luis Milla and Germán Sánchez, and Sevilla with a more elaborate game that allowed him optimal arrivals marched in the auction by Suso Fernández and Joan Jordán.

The game was less showy from there, with a lot of play in the core and the goalkeepers almost like mere spectators, although Portuguese Rui Silva had to act to clear the ball on a distant shot by Munir El Haddadi.

Julen Lopetegui was forced to make a change in the 18th minute when left-back Sergio Escudero left injured and was replaced by the Argentine Marcos Acuña, while before the break Diego Martínez also had to move the bench when Jesús Vallejo entered for the Portuguese central defender Domingos Duarte, also injured.

In the addition of the first half, Sevilla was outnumbered by seeing two yellow cards for making fouls in just one minute Joan Jordán, expulsion that was much protested by the visitors.

Granada, with one more player on the field, was launched in the second half and was able to score in a distant shot from Ángel Montoro against which Moroccan Yassine Bono acted well and, above all, in a shot by Antonio Puertas taken almost on the goal line by the Brazilian Fernando Reges.

The passing of the minutes served for Sevilla to stand very well on the pitch, preventing Granada from taking advantage of its superiority to harm it, although the entry of Venezuelan Darwin Machís revitalized the local attack

Bono avoided the 1-0 with a save in minute 66 in a close-range shot by Antonio Puertas on Granada’s best chance before the goal, scored in the 82nd minute by Yangel Herrera with a great header coming from behind after a measured cross from Frenchman Dimitri Foulquier.

Sevilla tried to go forward in the last minutes, although he only made Rui Silva work on a weak header from Brazilian Diego Carlos Santos.

Incidents: Match of the sixth day of LaLiga Santander played at the Nuevo Los Cármenes Stadium behind closed doors.

Bartomeu does not resign or summon his vote of no confidence

Real Madrid, forced to react in Europe against Borussia Mönchengladbach