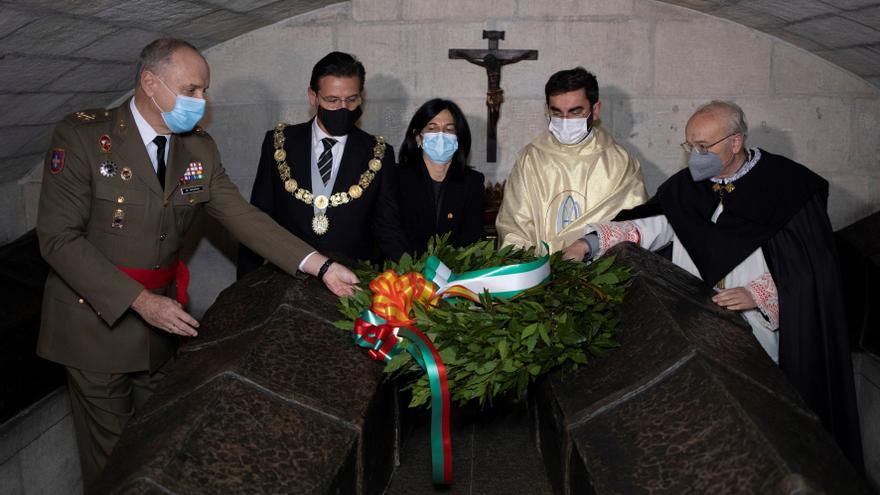 Granada, Jan 2 (EFE) .- The pandemic has reduced the celebration of La Toma de Granada, a tradition that this year has commemorated the 528th anniversary of the conquest of the city by the Catholic Monarchs without concentrations in the Plaza del Carmen, without trembling the banner and without the repeated annual exchange of insults between sides.

The central Plaza del Ayuntamiento, which every January 2 has become the scene of the confrontation between supporters and detractors of La Toma, has appeared this Saturday watched by police officers to avoid concentrations prohibited by the impact of the pandemic.

After decades, the image of groups clinging to flags of Spain, Andalusia and Granada and separated by subgroups in charge of exchanging slogans and insults, has given way to an almost empty square thanks also to the low temperatures of a capital on alert for snow.

The Granada City Council this year has reduced the festival to the interior of the Royal Chapel and the Cathedral, two spaces that have also had limited capacity due to the restrictions of the health crisis.

There has been no La Legión parade in 2021 and the traditional waving of the royal banner has been suppressed from the balcony of the town hall in the central Plaza del Carmen, where thousands of people gather every year to shout cheers to Granada.

Around noon, the mayor of Granada, Luis Salvador, together with the government sub-delegate, Inmaculada López, have starred in a discreet procession that has moved from one side of the consistory to the Royal Chapel, to which the Royal Standard that he delivered to the city ​​King Ferdinand the Catholic has arrived wrapped, almost camouflaged.

Both in the vicinity of the Royal Chapel and in the main access to the cathedral there were more agents, politicians and journalists than curious, which has allowed a decaffeinated take to be held without incident and almost behind closed doors.

The delegation of authorities has participated in a mass without the Archbishop of Granada, Javier Martínez, who has been absent for health reasons since the side effect of an antibiotic has kept her admitted to the Virgen de las Nieves hospital for two days.

He also wanted the vaccine to allow this centuries-old tradition to be celebrated again “with many people from Granada on the streets”.

Only after concluding the official acts to commemorate La Toma, a dozen people have gathered in the Plaza del Carmen with flags, without causing any incidents.

In parallel, the Granada Open Platform has held an alternative act to demand once again that La Toma, which they consider racist and xenophobic, stop being held to commemorate Mariana Pineda’s day on May 26.