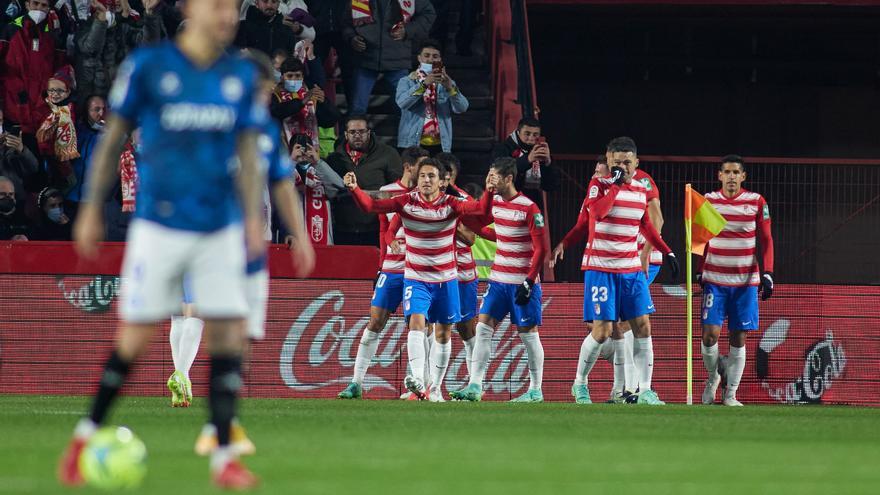 A goal four minutes from the end of Colombian Santiago Arias gave the triumph to grenade before a Alaves without success2-1) that moves the Andalusian team away from the relegation places where Javi Calleja’s team can finish, accumulating two defeats in a row and three games without winning.

A goal by Antonio Puertas at a quarter of an hour put Granada ahead in an even first half; deservedly tied the visitors, who were better in the second act, with a goal by Peruvian Luis Abram on his own goal when he deflected a Luis Rioja cross in the 81st minute and, shortly after, Colombian Santiago Arias left the victory at home with a last target.

Antonio Puertas, one of the novelties in the local eleven, entered the match more plugged than anyone, since he was very close to scoring with a header in the first rojiblanco approach and in the second, touching the quarter of an hour, he signed 1-0 . Colombian Luis Suárez could not successfully conclude a good individual action, but the ball was frank in the front of the area for Antonio Puertas to surpass Fernando Pacheco with a placed shot.

The reaction of Alavés, not very lucid with the ball at their feet, came with a header from Joselu Mato and a distant shot from Toni Moya, without any finding the local goal. Alavés was only able to step on the rival area in set pieces, although it was precisely in a strategy play that Granada was able to score 2-0, again with Antonio Puertas as the finisher.

Before the break, to break minimally with the torpor of a boring and ugly crash, the local Jorge Molina and the visitor Pere Pons signed two dangerous approaches, but without even having to call in rival goalkeepers.

The second half began with a very clear chance for Alavés, one of those in which it is much more difficult to miss than to hit the mark, with Toni Moya finishing off a pass from Luis Rioja badly despite being in the small area, free of mark and with the goalkeeper. out of position.

The passing of the minutes served to increase the dominance of the visitors, who again touched the tie in a centered shot by Joselu Mato that the Portuguese Luis Maximiano stopped well.

Luis Rioja also had the equalizer in his boots, who first ran into a save from Maximiano and then finished off in an action in which he had little angle.

When it seemed that Granada controlled Alavés better, which was beginning to grow impatient and went with everything to attack, the equalized came in the 81st minute when marked Peruvian Luis Abram scored a goal in his own goal when trying to clear a center from Luis Rioja.

And when it seemed that everything was facing the visitors, the illogic of football led Granada to win the game in a show of genius.