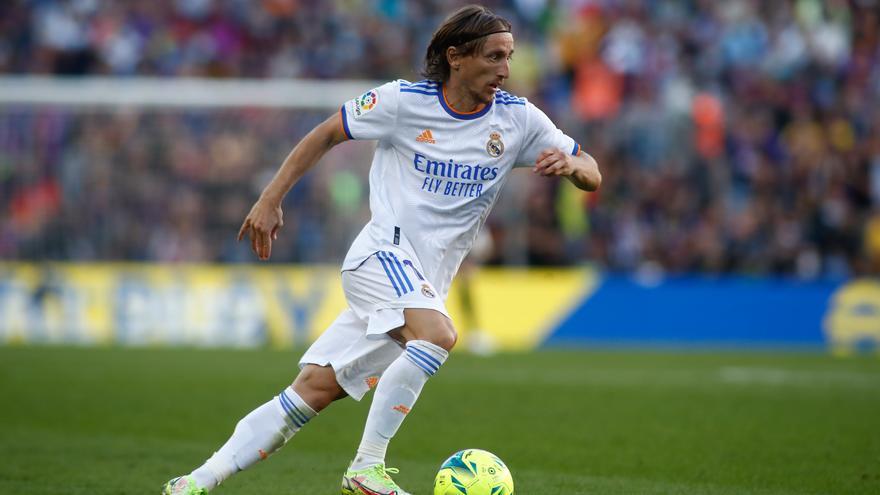 The effects of a new selection stoppage that leaves the injury of Gareth Bale and Eden Hazard’s gastroenteritis test the reliability of a Real Madrid aiming for his third consecutive triumph to assault the solo leadership of LaLiga Santander, waiting to verify the regularity of the Royal Society, in the field of an irregular Granada you need points to stay out of relegation.

If there is a rival that history recommends to Real Madrid for the match with which it resumes the pulse after a break, it could well be Granada. Their last twelve league matches are counted by the white team by victories, with an average of up to 3.3 goals per game. Carlo Ancelotti’s players want to confirm the statistics and extend the ascending line with which the national team matches arrived.

Not at stake but in results, which seeing the moment that direct rivals such as Barcelona and Atlético de Madrid were going through were considered good by the Madrid squad to open a gap, up to 10 points and 4, respectively. Now, his challenge is to arrive at Christmas with the leadership and progressively improving in a marathon of three games a week that makes it difficult to maintain regularity.

Real Madrid is LaLiga’s best visitor. He has found far from the Santiago Bernabéu the best scenario to exploit his virtues and he tends to suffer more playing in front of his fans, in the face of more defensive approaches from his rivals. The 16 points signed out of 21 possible show the firmness of a team that only lost in one outing, the visit to Espanyol.

For Granada, Gareth Bale will not be able to be there, who left for his team without reappearing with Real Madrid and returned injured. Another new break in a ‘crystal’ footballer who has not played for his club since the end of August. Another that should be a reference and has not been news in a field for a long time is Eden Hazard. He returned early from his team to be in the best conditions and fight for a position he has lost, but a gastroenteritis added to the casualty report with Fede Valverde and Dani Ceballos.

On the contrary, everything indicates that Ancelotti will recover two pieces of his forward, the Brazilian Rodrygo Goes and Mariano Díaz, although the trident, except for surprise, will be made up of Marco Asensio, Vinicius and a Karim Benzema who has scored 14 goals in 15 duels to Granada. Your favorite victim. The Madrid coach can rotate in the center of the rear betting on Nacho to give Militao a rest.

A single triumph for Granada in Los Cármenes

The Andalusian team arrives at the clash after having signed a good performance despite losing in their last game against Espanyol (2-0), defeat that ended a streak of four consecutive games scoring.

Granada, which this season has only beaten Sevilla (1-0) at Nuevo Los Cármenes, seeks a triumph that takes you away from some relegation places to which it could fall at the end of the day in case of not adding the three points. Its coach, Robert Moreno, recovers for the game three players who had been out for several weeks due to injury: midfielders Isma Ruiz, Frenchman Maxime Gonalons and Cameroonian Yan Eteki.

One of the big doubts in the starting eleven is whether Gonalons He is in an optimal physical condition to be part of it or he will be on the bench at the beginning. The same occurs with two other regulars in the midfield and who are also key for the coach, but who have spent several days between cottons: Ángel Montoro and Rubén Rochina.

Everything points to Moreno will repeat above with Colombian Luis Suárez and veteran Jorge Molina, while the great novelty in the eleven could be the Venezuelan Darwin Machís, who arrives after signing two notable performances with his team in the last FIFA Window. Portuguese central defender Domingos Duarte and midfielder Luis Milla are the only rojiblancos footballers who will miss the match due to injury.