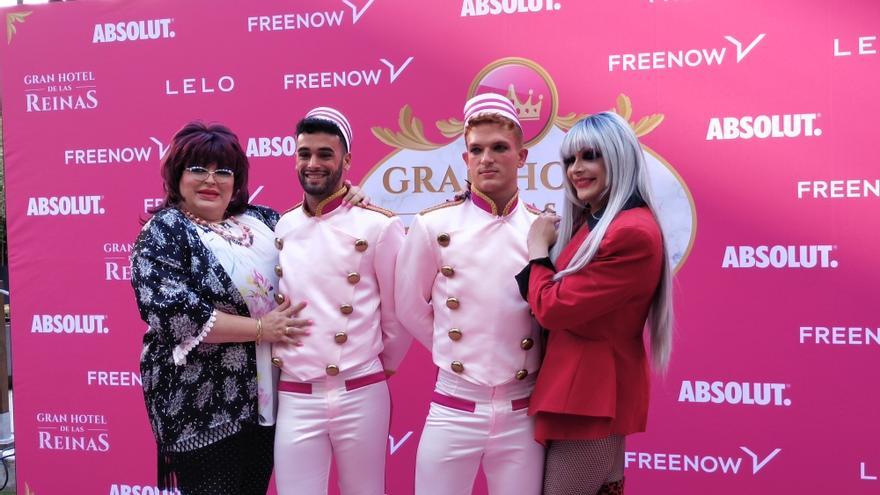 Madrid, Jun 30 (EFE) .- During this summer and much of autumn, Drag art will flood the theaters of Spain thanks to the new show: “Gran Hotel de las Reinas”, a variety show presented by Supremme Deluxe, who will act as Master of Ceremonies at this star-studded hotel.

Atresmedia and Locamente have joined forces to produce this show that will tour Spain in the coming months. Pablo López, general director of Atresmedia Eventos, points out that the main objective of this show is that “the viewer forget everything, that they come to have fun, to see a lot of glamor and scoundrel”. He also points out that it is a function “for all types of audiences.”

“Gran Hotel de las Reinas” is a variety show where dance, humor, live music, lypsinc, “spectacular” looks, provocation, surprises and audience participation fit. “A show to celebrate diversity and which will be a pioneer in offering a show entirely starring first-rate drag queens in the main theaters of our country,” says Ferrán Poca, founder of Locamente.

Led by Supremme De Luxe as “director” of the Hotel, it also has the participation of Paca la Piraña as hotel receptionist, and with the “most current” drags: Arantxa Castilla-La Mancha, Carmen Farala, Dovima Nurmi, Drag Vulcano, Hugaceo Crjiente, Inti, Killer Queen, Pupi Poisson, Sagittaria and The Macarena.

“We have based ourselves on a hotel because it is a setting in which anything can happen. Famous guests, who have secrets, who hide things, that there are rumors … It is a very fun place and it has been a luxury to have all this piece of cast that we have, ”says Poca.

For its part, Supremme appreciates the opportunity that the creators of this show have given him: “After so long, I can finally return to the stage, with a show as wonderful as this and with people I love, that makes me enormously happy, “he tells Efe before adding that this show” is going to delight everyone thanks to the amount of fun and surprises it has. ”

Although at first Paca la Piranha did not want to participate in this event, he confesses that he was encouraged to see how it was going to be. “I didn’t see myself acting with girls so young, skinny, who want to succeed and I thought my moment has passed. But they convinced me and here we are eager for the public to see this project ”, he adds.

The show will begin its journey on July 29 at the Starlite in Marbella and, after its official presentation, in the Torremolinos auditorium on July 31 it will have its first performance, which will last until the end of August. After this, it will land in September at the Coliseum theater in Barcelona (3, 4, 5, 10, 11 and 12) and at the Olimpia theater in Valencia on September 30, October 1, 2 and 3.

From October 7 to November 31 he will be at the Espacio Delicias in Madrid, to later travel to the Vigo auditorium (November 5 and 6) and finish his tour at the Las Palmas theater (November 25, 26 and 27). Starting this Thursday at noon, you can buy your tickets through its website.