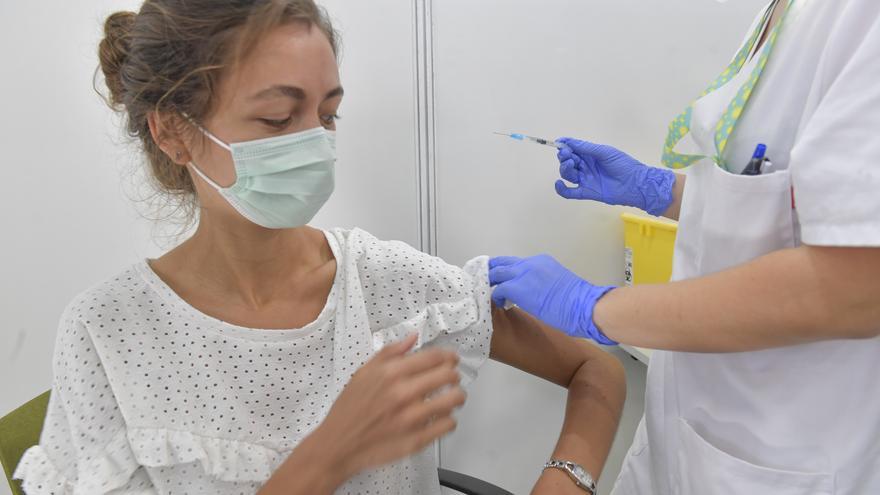 The restrictions to put a stop to the coronavirus pandemic in the Canary Islands, with the contagions triggered, have led the Government of the Canary Islands to raise risk levels on six of the eight islands. Thus, Tenerife goes to level 4, the highest risk, while Gran Canaria and La Palma, to 3; and Lanzarote, La Graciosa and La Gomera, at 2.

The Government of the Canary Islands has decided this Thursday that, due to the control of cases, Fuerteventura and El Hierro maintain their levels, 3 and 1, respectively. The case of La Graciosa is atypical because it always goes hand in hand with Lanzarote, to whose health area it belongs and given that the hospital situation is one of the important indicators to decide the level of risk.

The Canary Islands has registered an exponential growth of contagions of covid-19 in the last week, with a new record of infections registered this Thursday.

The restrictive measures applicable to each level will take effect from Monday, explained the Minister of Health Blas Trujillo. Likewise, he stressed that corrections will be made in the measurements, in such a way that they will not correspond exactly with those that exist now for the same levels. Next Monday the restrictive measures adapted to each level will be published. For example, in the case of Tenerife, the counselor referred, business hours will not close at 6:00 p.m.

Another of the corrections, he advanced, is marked by the requirement of the covid certificate for people over 18 years old in the Islands with level 4 to be able to access the interior of certain facilities, activities and services. This, for now, only affects Tenerife, although Trujillo does not rule out that, given the evolution of infections and hospitalizations in Gran Canaria and La Palma, these islands will also pass to level 4. In the coming weeks, he also clarified that the certificates covid will also be required to 10% of the customer capacity inside the restaurants on the islands with level 3.

In anticipation of the requirement of these vaccination certificates and of having passed the virus, the downloads of these documents grow day by day in the Canary Islands. In fact, there are already more than 700,000 downloaded certificates.

He also clarified that children’s camps will remain at level 4.

“A moment as delicate as at the beginning of the pandemic”

Both Trujillo and the government spokesman, Julio Pérez, described the situation as “very worrying.” According to the head of Health, “epidemiological circumstances continue in an unprecedented increase, in the progression that we are seeing of the prevalence of the delta variant not only in the Canary Islands but also at the national level and throughout the world. the tables have been increasing the incidence indicators in both 7 days and 14 days “.

In this sense, Trujillo acknowledged that “we are in a moment as or more delicate than at the beginning of the pandemic” Although there is the potential to vaccinate the population, a preventive and non-reactive measure, as happened in the early days of the outbreak of the coronavirus.

However, the Health Minister warned that there is a worrying indicator such as the increase in hospital pressure due to the growth in income of patients with covid. At present, this ratio in the Canary Islands stands at 10.37% on average, therefore different on each island.

“Either we finish vaccinating the whole world or we will have a serious problem. We need the rest of the planet to pick up pace because we cannot allow millions of people to have the virus circulating,” declared the Health Minister. He admitted that the Canary Islands, for their part, in terms of vaccination is somewhat delayed due to problems with vaccine supplies and pointed out that the Canary Government has demanded that the excess supply of Modern vaccine be distributed among the most affected regions that received less dose in the previous cast.

You can relive here the appearance of the members of the Government of the Canary Islands to announce the update of the anti-covid measures and other matters of the Council: