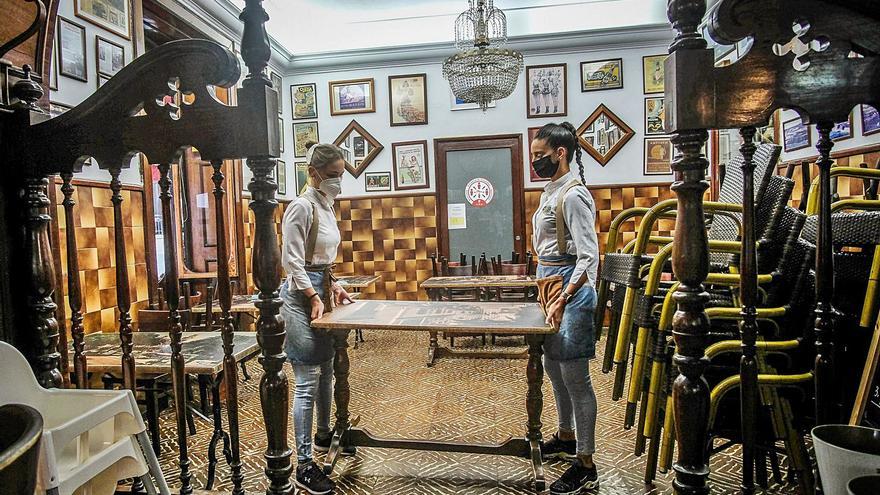 The passage of Gran Canaria from alert level 3 to 2 (amber) makes it possible to ease restrictions on mobility, which now establishes a curfew between 11pm and 6am; the meetings are up to 6 people, except cohabitants; visits are allowed in hospitals and social health centers with supervision of the center; the hotel business can open until 11:00 pm with a capacity of 75% outside and 50% inside; and non-professional sports and federated activity is authorized, although with restrictions.

These measures entered into force this morning, at the same time that the specific and extraordinary restrictions during the carnival were terminated, and will be in force until February 28, except in the case of Tenerife, which remain until March 7, after to pass the alert level from 1 to 2.

The cumulative incidence at seven days in the Canary Islands stands at 46.58 cases per 100,000 inhabitants, and at fourteen days at 109.04 cases per 100,000, according to the latest data provided yesterday by Health, has been decisive in updating the levels alert. This trend is not manifested equally in all the Islands, and according to the strategy of “anticipation and proportionality” of the Canarian Government against the pathogen, in the words of the Minister of Health, the alert level has been raised in Tenerife, which goes from 1 at 2; and remains at level 4, in a very high risk situation, to Lanzarote and Fuerteventura.

The head of Health warned that the changes in the traffic light, especially in the islands that see the restrictions softened, “in any case, should not in any way preconfigure or prefix a relaxation of what is the behavior in relation to the epidemiological situation ”.

Trujillo recalled that all prevention measures will be insufficient “until we finish achieving this achievement, a significant volume of vaccination of the entire population”; and without losing sight of “the new British strain, more virulent and contagious”.

With regard to Gran Canaria, the Minister of Health stressed that “it has evolved positively, and especially in the accumulated incidence both in the general population and in those over 65 years of age, and it leads us to be able to place it at a level 2 ”, although he specified with respect to Tenerife, that the occupation of the ucis is higher in Gran Canaria.

The situation in Tenerife, with the data from the latest epidemiological report on February 20, is quite different and justifies its rise to level 2. According to Blas Trujillo, “the incidence accumulated at seven days has been persistently maintaining an increase that it is not far from alarming, but it is on the border of what is the incidence in levels 2 and 3 “. The “discrete but continuous increase” of this indicator has led to the change of alert.

Fuerteventura and El Hierro present positive indicators that advise the passage of both islands to level 1, where the islands of La Palma and La Gomera were and remain.

Lanzarote and La Graciosa remain at the maximum alert level, 4, which entails perimeter closure, a curfew from 10 p.m. to 6 a.m., and activity is limited until 6 p.m. except in essential services or establishments.

The island has experienced an improvement since February 16, but from Health it is considered that “the early incidence at seven days and the occupation of the ucis makes us keep Lanzarote at level 4”, said the counselor Blas Trujillo yesterday.

The update of the risk for Covid in the islands occurs on a day in which Health notified 167 new infections, compared to 112 on Saturday, and four deaths. The total accumulated cases rises to 39,492 with 6,252 active, of which 83 are admitted to the ICU and another 288 remain hospitalized.

With the four deaths that had to be regretted yesterday, there are already 573 fatalities from Covid-19 in the Islands. It is about a 67-year-old man in Gran Canaria; and two men and one woman in Lanzarote, aged between 80 and 94, all with previous pathologies. Health warns that these last two do not appear in yesterday’s statistical register.

La Palma, La Gomera and El Hierro do not experience variation, although the data for El Hierro, with 268 accumulated and 15 active, have not been recorded. According to Health, of the assets on the island, 13 are migrants and 2 are residents.

The Ministry of Health continues to advance in its vaccination plan and until last Friday had already administered more than 119,000 doses of the three vaccines available in the European Union. In addition, the immunization of 50,200 people in the Canary Islands has already been achieved by having received two doses of the vaccine, which represents 3.7% of the target population, data that places the archipelago above the national average. The Minister of Health, Blas Trujillo, announced yesterday that this week the vaccination between the Civil Guard, National, Autonomous and Local Police, firefighters, technicians of the security forces and bodies, professionals of Civil Protection, emergencies and Armed Forces begins. in addition to other groups such as dentists, hygienists, pharmacy personnel, physiotherapists and speech therapists.