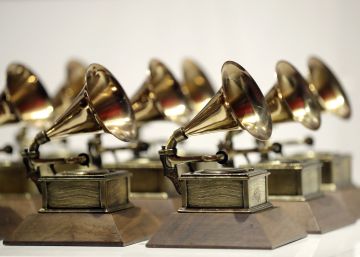 There are usually controversies among artists, more or less intense discussions about nominations, and the desire to criticize the performances. But this Sunday night (17.00 in Los Angeles), the great controversy of the Grammy Awards will be in the box. The Recording Academy arrives at the 62nd edition denounced in court and with its former executive director fired 10 days after the gala. On an artistic level, it is the year of young women who have broken into the industry with cheeky records. Among them, Rosalia. These are some of the most interesting things to observe in this festival of the record industry:

A year of young and new women

The Grammy 2020 are, waiting for surprises, those of Billie Eilish conta Lizzo. Eilish is, in terms of media impact, the artist of the year. Break into the industry with the disk When we all fall asleep, where do we go ?, Recorded at 17 on homemade recordings made with his brother at his home in Los Angeles. The song is Bad guy. She appears at the gala with 18 years and is the youngest artist in history nominated in the four main categories (recording of the year, album of the year, song of the year and best new artist), of a total of six. In front of her is Lizzo, who at 31 is the rapper of the moment with her album Cuz I love you and the song Truth Hurts. Lizzo has eight nominations. It is the first time in history that there are two nominated artists in the four major categories. Behind is Lil Nas X who can take song of the year for Old town road. And with them more women nominated: Ariana Grande, H.E.R, Lana del Rey, Maggie Rogers and Rosalia.

The Spanish presence is not an anecdote

Rosalia is the first artist in history to be nominated for the coveted Grammy for Best New Artist singing in Spanish. It is the prize given to musicians in the year in which the general public has known them, that is, the media impact of a new product, in strictly record terms. Rosalia is nominated alongside Billie Eilish, Lizzo, Lil Nas X, Black Pumas, Maggie Rogeres, Tank and the Bangas and Yola. She is also nominated for best Latin alternative album for Evil want. Only three Spanish artists have won Grammy Awards: Julio Iglesias, Enrique Iglesias and Alejandro Sanz. In addition, he will perform at the Staples Center in Los Angeles in front of the entire elite of the record industry and tens of millions of viewers in the US.

The Grammy Awards are famous for being the most carefully televised concert of the year. Apart from the safe performances of Eilish, Lizzo and Rosalia, Ariana Grande is announced, the great pop diva of the moment that last year decided not to act after fighting with the Academy. According to press reports, Taylor Swift planned a surprise appearance and canceled it. The 2020 Grammy have planned a tribute to rapper Nipsey Hussle, shot dead, a performance by BTS Koreans with Lil Nas X or a tribute to Prince. There are 38 artists announced, from Aerosmith to Jonas Brothers.

How will the fact that those who deliver the prizes have a knife in their mouths affect the gala? In the 2018 speech, the president of the Recording Academy Neil Portnow got into an important mess when in the middle of Me Too said that women had to “try harder” to have more presence in the industry. With this year’s nominations I could not say the same. In a matter of months he was replaced by a woman, Deborah Dugan, who came from being a record house executive. Dugan arrived with the mission of modernizing and giving diversity to an Academy famous for having a very conservative body of voters. Two weeks ago, she was discharged from her duties. The official reason is harassment of an employee. She claims that they have boycotted her in her renewal attempts. He has filed a lawsuit claiming that Grammy nominations are rigged and even accuses his predecessor of rape. He is the elephant on the stage of these Grammy 2020, but the show must continue.