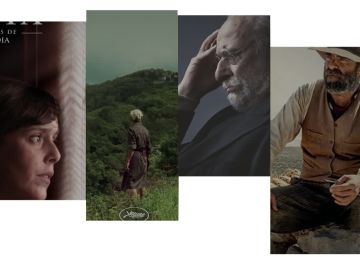 Benito Zambrano has returned to the cinema and to the Goya with Outdoor, the film version of the novel of Jesus Carrasco, a neowéstern about classism and the hardness of the Spanish postwar period. The film has won five nominations for the Spanish film awards, and among his sequences full of forcefulness, the Sevillian filmmaker chooses one of the final part, after beating the pastor, in which the protagonist boy, as Zambrano emphasizes, discovers that someone had split his face for him. “The actors are especially good at the moment,” the director confesses.