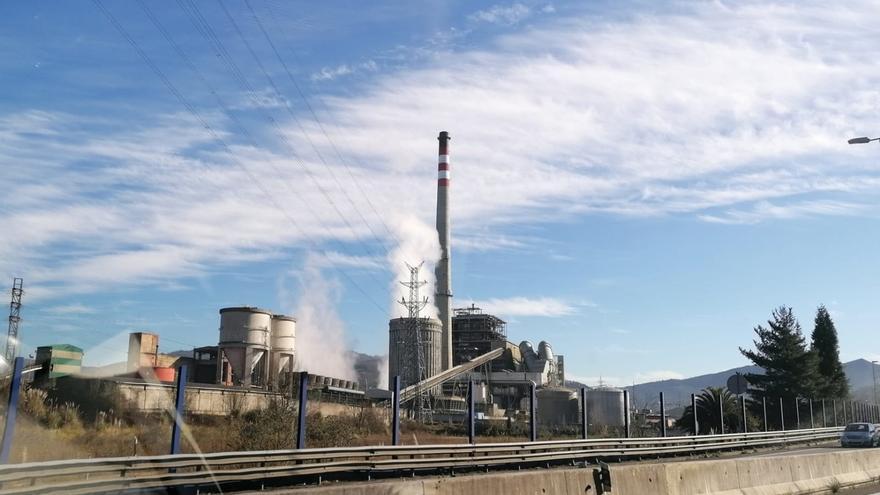 The Government has signed this Wednesday with union representatives and executives of the main electricity companies in Spain the Agreement for the Just Transition. The agreement “protects from today all the coal plants in Spain” and “includes the commitment of the parties to accompany the labor transition and the economic reactivation of the areas affected by the closure of the thermal power plants”, highlights the Ministry for the Ecological Transition and the Demographic Challenge.

The agreement has been initialed with the adhesion to this agreement of the Portuguese group EDP, the only one that until now had not done so, in a symbolic act at the headquarters of the ministry attended by the fourth vice president, Teresa Ribera; the Minister of Labor and Social Economy, Yolanda Díaz; the Secretary General of CCOO Industria, Agustín Martín; the Secretary General of UGT FICA, Pedro L. Leaves; the CEO of the Portuguese company in Spain, Rui Teixeira; the CEO of Endesa, José Bogas; the CEO of Iberdrola Spain, Ángeles Santamaría, and the CEO of Naturgy, Francisco Reynés.

With the addition of EDP to the agreement initially signed in April 2020, in full confinement, all the coal plants in Spain are now incorporated, “which makes it a unique pact in the world due to the degree of consensus reached”, highlights Ecological Transition. The alliance includes the commitment of the parties to guarantee employment and the economic reactivation of the areas affected by the closure of the thermal power plants located in Aragon, Andalusia, Principality of Asturias, Castilla y León and Galicia. Its priority action focuses are the maintenance of employment in the territories and their economic and industrial revitalization.

Vice President Ribera thanked the companies for “complicity” and pointed out that the agreement is “a solid and coherent proposal in which we all have a role to play, leaving no one behind”, which “demonstrates the Government’s commitment not to only with decarbonization, but with the protection of the most vulnerable and with social dialogue ”. He has also urged to remain “vigilant in the attractive, positive, constructive sense of the word”, to make the agreements a reality.

For her part, the Minister of Labor highlighted the “scale” of the challenge ahead and pointed out that “in previous times” the ecological transition “has not had enough support”. “In a time of great difficulty for a large part of our citizens” due to the pandemic, “this agreement includes clear commitments to support workers and territories” that “do not compromise everyone.”

With this agreement, the central Administration undertakes to draw up a specific plan to support professional training and job placement for people affected by the closures (both of the thermal power plants and their auxiliary companies). The project will be financed by the Recovery Plan and will be orchestrated through an agreement between the State Public Employment Service (SEPE) and the Just Transition Institute (ITJ), whose statute was approved by the Council of Ministers on Tuesday.

In the areas affected by closures, the Just Transition Agreements will focus on “capturing the opportunities that arise in the field of ecological transition, taking into account the characteristics of each territory and favoring the implementation of business initiatives linked to production”, he recalls the ministry.

For their part, the electricity companies undertake to develop an accompaniment plan for the workers and the territories that includes a proposal for new investments in the areas related to the generation of renewable energies and other business opportunities arising in the field of their activity. ; The agreement also contemplates the design of relocation plans for its own personnel and the priority of hiring the staff of auxiliary companies in the work related to the dismantling of the facilities, environmental restoration and future productive activities. In addition, companies will collaborate through specific actions in the professional training of workers to improve their employability in new activities.

For their part, the unions undertake to facilitate the fulfillment and follow-up of the agreements reached in matters of training, prevention of occupational risks, reindustrialization and disclosure, as well as those agreements that may be added in the achievement of the objectives of this agreement.

José Bogas, from Endesa, recalled that to “offset” the closure of some 5,000 MW of coal, the company has offered an investment of about 4,500 million for the start-up of 5,700 MW of renewable energy, plus another 2,000 million linked to hydrogen or the circular economy. Ángeles Santamaría, from Iberdrola, recalled that the electricity utility’s new Strategic Plan includes 14,300 million investments in Spain until 2025. And Reynés, from Naturgy, already stressed that the energy transition involves “a new energy management model focused on to leave a legacy to the next generations that is much less pernicious ”.