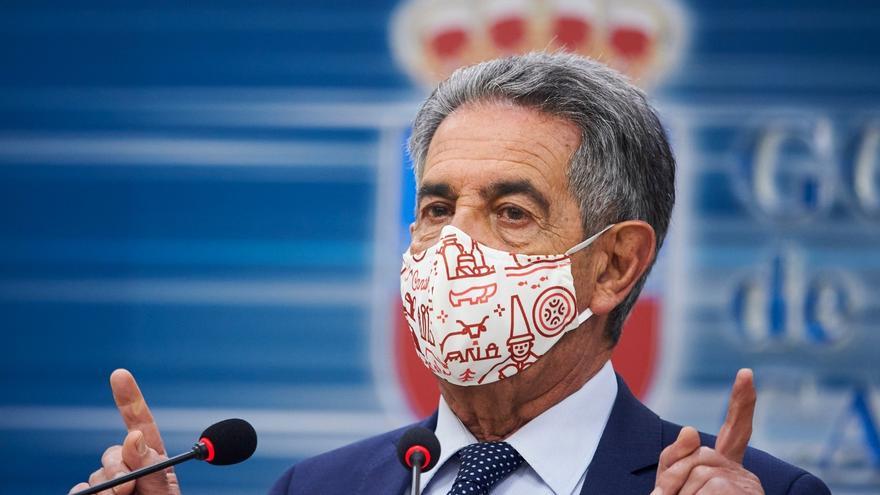 It was hard to imagine during the first hectic political and news days of 2020 that the subsequent months would be even more intense. And it is that January started with the inauguration of Pedro Sánchez, a historic event for the country, with the achievement of the first coalition government of democracy after months of electoral repetitions and failed negotiations. But it is that what happened in Madrid had a direct impact on the Government of Cantabria, made up of the PRC and PSOE, which triggered a crisis between both parties for the ‘no’ of the regionalists in that investiture that was about to make jump by the bipartisan aires in the first year of this second consecutive legislature that are hand in hand at the head of the community.

The trigger for this political earthquake was the decision of the PRC to vote against the inauguration of Sánchez, alluding to the pact of the Socialists with ERC, a decision that elDiario.es advanced exclusively and that appears as one of the most read information this year. The refusal of Miguel Ángel Revilla’s party, very critical of the PSOE’s negotiations with the Catalan independence group, caused his government partner to I would consider the coalition broken if he did not rectify the meaning of his vote in the Congress of Deputies.

The regionalists rejected the idea of ​​changing the direction of their vote and assured that their position in Madrid did not affect the relationship with the PSOE in Cantabria. Finally, the regionalist deputy in the Lower House, José María Mazón, consummated the ‘no’ of his training to Sánchez and led to the rupture of the bipartisan in the community, which finally did not occur, after a meeting of his negotiating teams that ended with the crisis settled and a new document which guaranteed regional support for the General State Budgets, as well as pending investments for Cantabria by the central government. This political crisis in the first weeks of the year generated a cataract of information that broke all the newspaper’s audience records up to now.

And when it seemed that January would register the biggest informational upheaval of the whole year and that the waters would be calmer from then on, the pandemic arrived. State of alarm, confinement, sole command from Madrid, restrictions, de-escalation, new escalation with the second wave, co-governance … A completely atypical year in which the political decisions adopted to manage the health crisis have been in the eye of the hurricane and They have marked a good part of the most read news due to the interest of citizens in knowing both the evolution of the disease and the impact on their lives of the different restrictions established.

After the harshest months of March, April and May, Cantabria, along with the rest of the country, began a de-escalation for the summer and was the first community to raise the State of alarm to allow mobility with the Basque Country. President Revilla maintained a meeting with his Basque counterpart, the lehendakari Íñigo Urkullu, in a municipality on the border to stage the beginning of the so-called ‘new normal’ that, despite having restrictions and sanitary recommendations, allowed to recover the transit between territories and favor the tourism typical of the time, which reached record numbers in the community.

Despite the fact that during the summer, Cantabria had to isolate a block of flats in Santander due to an outbreak of COVID-19 and establish a sanitary cordon in Santoña Due to the increase in the incidence of the virus in the municipality, it was not until October and even November that the second wave began to hit the region hard. After recommend self-confinement, the Government ended up closing borders and close the municipalities, as well as the interior of hospitality establishments. And although later, the bipartisan raised the perimeter fence Of the 102 localities in the community, the rest of the restrictions remain in force, despite certain concessions for the Christmas holidays, including the one that affects the hotel industry, a very belligerent sector throughout the year claiming aid due to its situation derived from the pandemic.

Special mention also have some coronavirus outbreaks generated in the workplace in Cantabria, such as the one from the canning company in Santoña or that of Cartes call center, but if something has not left anyone indifferent, as usual, it has been Revilla’s interventions throughout this health crisis. The mediatic Cantabrian president has left controversial headlines that have transcended the regional level and that have stirred public opinion during the different stages of the pandemic.

This year there have been more doses of ‘revillismo’ than usual and, at times, the regionalist leader has encountered a reality quite different from what his forecasts set or has made unfortunate interventions that weeks later have become his against in the form of criticism. Like when he gave for “scorched the virus” after the first wave or like when it showed supporter of the arrival of Madrid to Cantabria On the bridge in October when the second wave began to hit hard, the communities were closing borders and, a little later, Cantabria had to do the same. And it is that Revilla is used to commenting on the most controversial current affairs at the national level and his manifestations generate interest far from the borders of his domains. As in a recent interview with this medium, in which he assured that “the PSOE is the great support of the monarchy right now in Spain” and positioned himself on the scandals of the king emeritus, also among the most widely read of the year.

And, in addition, this year Revilla has played a role of certain prominence in one of the areas that arouse the most controversy at the political and social level, and which this time has focused a large part of the foci of this pandemic: education, now managed for his party in the autonomous government.

In the first wave of the pandemic, during strict confinement, the entire country opted for telematics education as a means to try to finish an academic year that had been left in the air by COVID-19. After solving this stage, as of September, all the unknowns revolved around how the return to the classroom would develop and what effects face-to-face education would have on the incidence of the virus.

Although, as expected, positives have been detected in different centers and the Government has had to confine classrooms, the truth is that the passage of time has ended up confirming that presence does not generate negative effects on the pandemic, not without be exempt from union criticism of the Administration due to the established protocols.

But there is no doubt that the biggest controversy in this area occurred in November, when the bipartisan decided to cancel school holidays established in the community’s bimonthly calendar to reduce mobility, other information advanced by elDiario.es in scoop and that fully entered the ranking of the most read and commented on social networks. The decision, taken two days apart from this period, fell like a jug of cold water in the educational community, especially among teachers, who organized mobilizations and they demanded the resignation of the Minister of Education, Marina Lombó (PRC).

However, the entanglement of this controversial decision reached the courts at the hands of the CCOO union and Justice, after a Public Health report uncovered by the press that did not recommend the cancellation of the non-school period, lifted the suspension of the same in the middle of the holidays already canceled and with two class days already held, which will be recovered in 2021.

Finally, the final stretch of this year has been marked by the arrival of the long-awaited vaccines, which offer a horizon of hope for the entire society for 2021, for which the health authorities predict a certain recovery of normality in the face he summer with a significant part of the population, especially the most vulnerable sectors, vaccinated against COVID-19.